SEOUL, Dec. 9 (Yonhap) -- One soldier in the inter-Korean border town of Yeoncheon tested positive for the new coronavirus, bringing the total number of virus patents at barracks to 432, the defense ministry said Wednesday.

The enlistee at the Army boot camp in Yeoncheon developed symptoms while in isolation after coming into close contact with his colleague who earlier tested positive, according to the ministry.

The total number of COVID-19 cases there has now grown to 82, it added.

Currently, 1,649 service members are in isolation in accordance with the health authorities' guidelines, and the military has quarantined an additional 6,796 people under stricter antivirus schemes of its own as a preventive step, according to the ministry.

Nationwide, South Korea added 686 new virus cases, including 662 domestically transmitted ones, raising the total caseload to 39,432, according to the Korea Disease Control and Prevention Agency (KDCA). 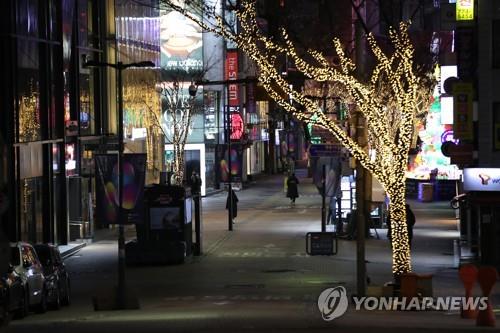