A passenger flight transporting a Korean company's vaccine ingredient departed from Incheon International Airport on Tuesday, and it was transported to a vaccine production plant in Europe on Wednesday, Korean Air said, without specifying the firm's name.

The carrier said it loaded 800 kilograms of a vaccine ingredient in special containers for medical items that maintain cryogenic temperatures of minus 60 C.

Korean Air is the first carrier in the nation to transport a vaccine ingredient that requires storage at an extremely cold temperature, attesting to its capacity for vaccine delivery. 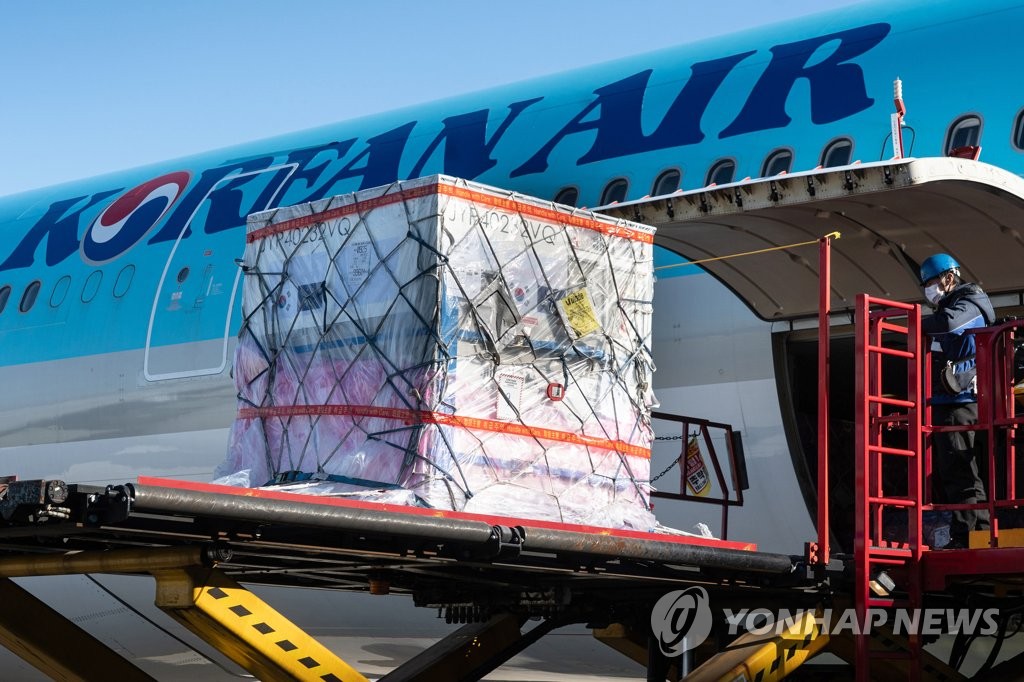 South Korea plans to secure coronavirus vaccines for 44 million people from four pharmaceutical companies and the global vaccine project starting early next year, which would pose a tough transport challenge for airlines.

The COVID-19 vaccines require a cold chain that provides temperature-controlled environments during transportation and storage.

Korean Air said it has been preparing infrastructure and flight schedules to safely transport vaccines, while expanding cargo capacity by converting passenger jets to cargo-only flights and removing seats on passenger aircraft.

"Korean Air's task force is reviewing all aspects concerning the vaccine's transport, and we are developing a strong system and infrastructure for its safe and swift distribution," Eum Jae-ong, head of the cargo business division at Korean Air, said.

Korean Air is among 18 aircraft operators across the world that have received the Center of Excellence for Independent Validators in Pharmaceutical Logistics (CEIV Pharma), a certification for the air transport of medicines.