SEOUL, Dec. 9 (Yonhap) -- South Korea said Wednesday it has destroyed around 2.7 million poultry to prevent the spread of a highly pathogenic bird flu among local farms amid growing concerns over the disease penetrating deeper into the local livestock industry.

Local authorities have culled 361,000 ducks, 1.5 million chickens and 885,000 quails since Nov. 28 when South Korea reported its first farm-related case in Jeongeup, about 290 kilometers south of Seoul, according to the Ministry of Agriculture, Food and Rural Affairs. 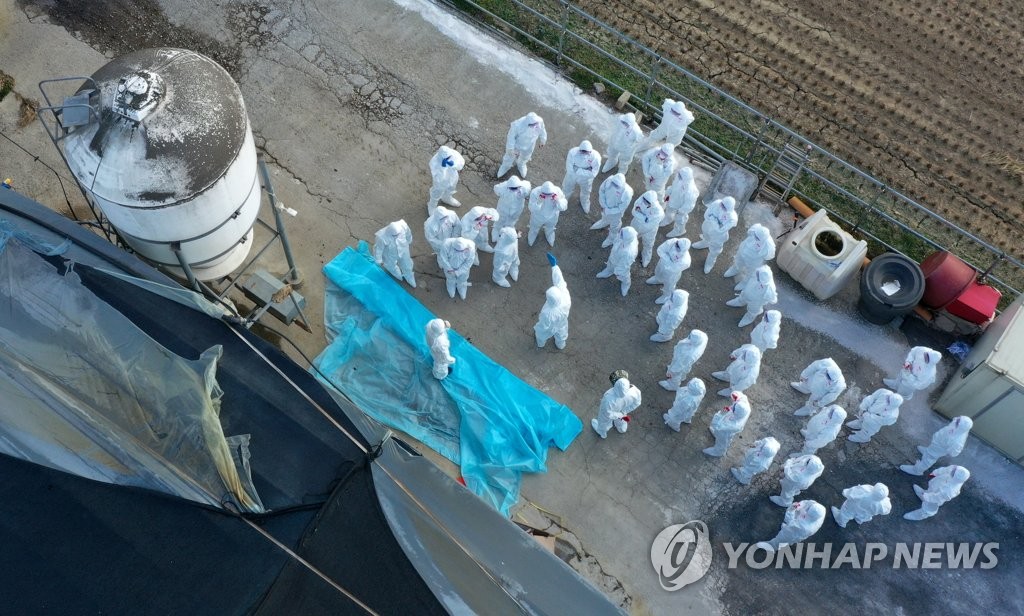 The country reported its first highly pathogenic case in 32 months in late October in Cheonan, 92 kilometers south of Seoul, from wild birds. Since then, a whopping 19 cases have been found from wild bird habitats across the country.