SEOUL, Dec. 9 (Yonhap) -- The number of newly establishment companies in South Korea increased by the most in five years in 2019, with one in four new entities engaged in the real estate business, data showed Wednesday.

Last year, the number of newly created firms reached a record 997,000, up 77,000 or 8.4 percent from a year earlier, according to the data compiled by Statistics Korea.

It marked the largest on-year increase since 2014, when such firms grew by 94,000, according to the statistics agency.

Of the newly created firms, real estate accounted for the biggest slice of 25.3 percent, followed by the wholesale and retail sector with 20.3 percent and the accommodations and food service segment with 16.7 percent, the data showed.

Of the companies going out of business, 25.3 percent were engaged in the wholesale and retail business, the data showed.

The total number of operational companies, which have employees or generate sales, reached an all-time high of 6.53 million in 2019, up 4.4 percent from a year earlier, the data showed.

The possibility that a business in the lodging and food service segment could survive for five years after creation reached 20.5 percent, indicating that the sector remained vulnerable.

Of the newly created firms, 72 percent posted yearly sales of less than 50 million won (US$46,100) last year, the data showed. 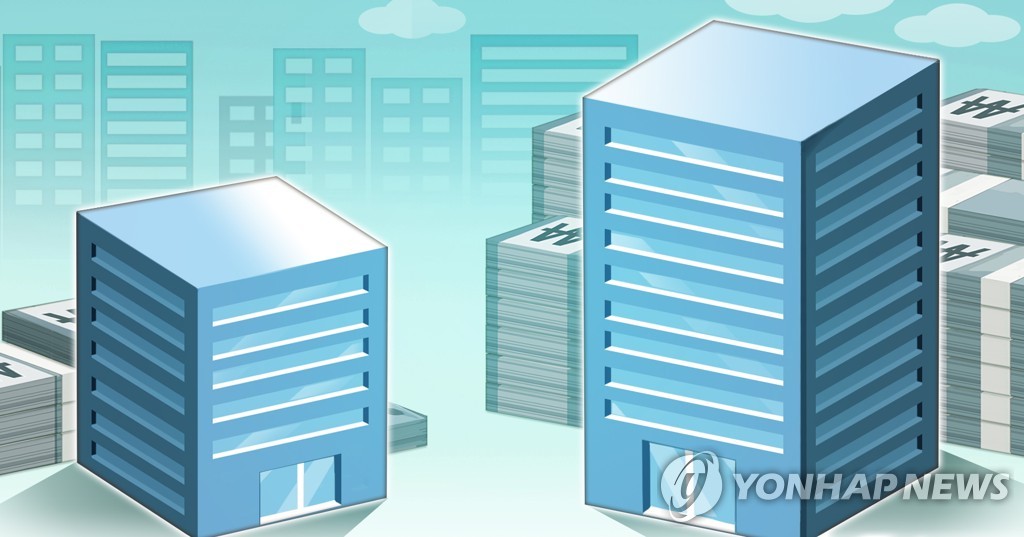 (LEAD) No. of newly established firms rises by most in 5 years in 2019

(LEAD) No. of newly established firms rises by most in 5 years in 2019