SEOUL, Dec. 9 (Yonhap) -- The ruling Democratic Party was poised to push for the passage of a set of controversial bills through the National Assembly's plenary session Wednesday despite fierce protests from the conservative main opposition bloc.

The main opposition People Power Party appeared likely to use a filibuster to block the bills' passage during the plenary session scheduled for 2 p.m. The DP currently holds a majority in the 300-member assembly. 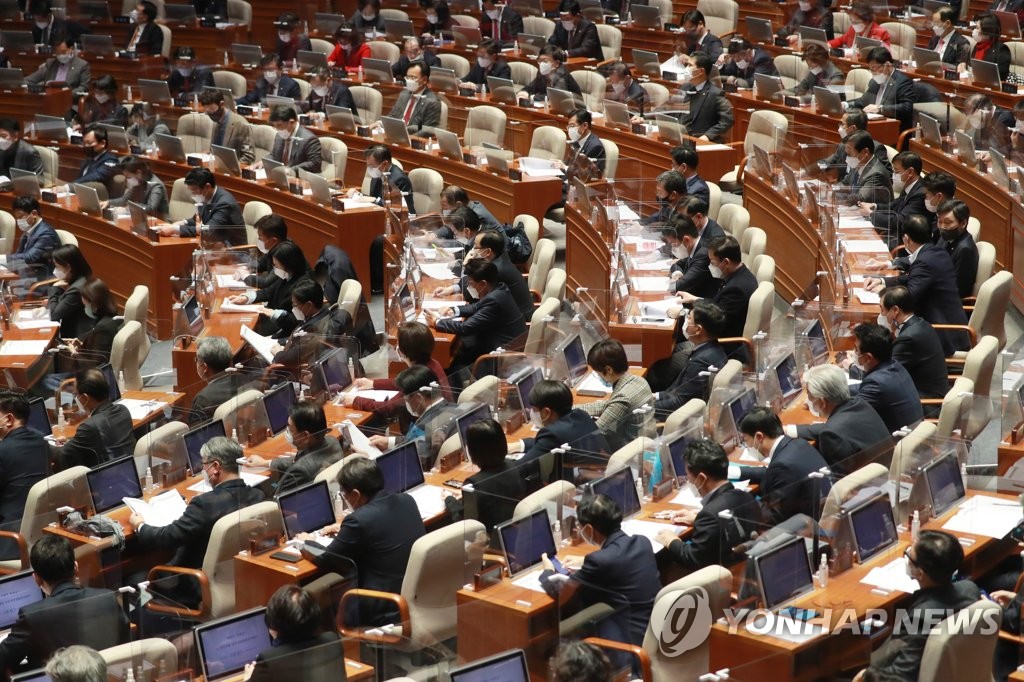 One controversial bill aims to facilitate the launch of a new investigative body tasked with handling high-profile corruption cases.

The installation of the Corruption Investigation Office for High-ranking Officials is a key component of President Moon Jae-in's pledge to reform powerful institutions, such as the state prosecution service.

Two other major bills aim to give police more investigative authority and deprive the National Intelligence Service of its authority to conduct anti-communist investigations.

Also on the agenda is legislation prohibiting the launching of anti-Pyongyang leaflets across the inter-Korean border. There are also three bills on changing corporate rules and one piece of legislation punishing those who make false claims about the Gwangju uprising on May 18, 1980.

If the bills fail to pass during the parliament's regular session ending the same day, the ruling party has indicated it will use an extraordinary session starting Thursday to complete their passage.