The two companies will separately negotiate a supply deal of anode, a key material in a battery that preserves lithium coming from the cathode and generates electricity while releasing lithium, Posco Chemical said.

Ultium Cells vowed to invest up to US$2.3 billion to build a battery cell factory in Ohio to have an annual capacity of 30 gigawatts per hour.

The equally owned joint venture plans to exclusively supply batteries for GM's next generation of EVs, which the automaker has said is expected to arrive in 2021. 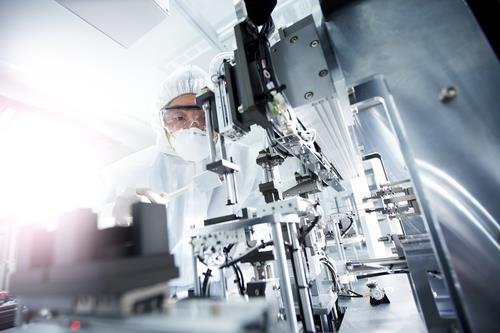 POSCO has expanded investment in chemicals for rechargeable batteries as the EV battery market has been on a roll as automakers around the world race to go electric and eco-friendly due to tightened regulations on greenhouse gas emissions.

Currently, POSCO Chemical has an annual cathode production capacity of 30,000 tons and 10,000 tons at its plants in the southern city of Gwangyang and the southeastern industrial city of Gumi, respectively.