Sohn Chang-keun, 92, was bestowed with the Geumgwan Order of Cultural Merit the previous day for having donated the "Sehando" painting, which dates back to the Joseon Dynasty (1392-1910), and more than 300 other works of art, collected by him and his father, to the National Museum of Korea.

He has become the first recipient of the top-notch order Geumgwan order since the government began conferring medals in 2004 to recognize "outstanding meritorious services" in the fields of culture and art that have helped the development of national culture. Geumgwan means gold crown, and it's the highest in the five-tier cultural order system. 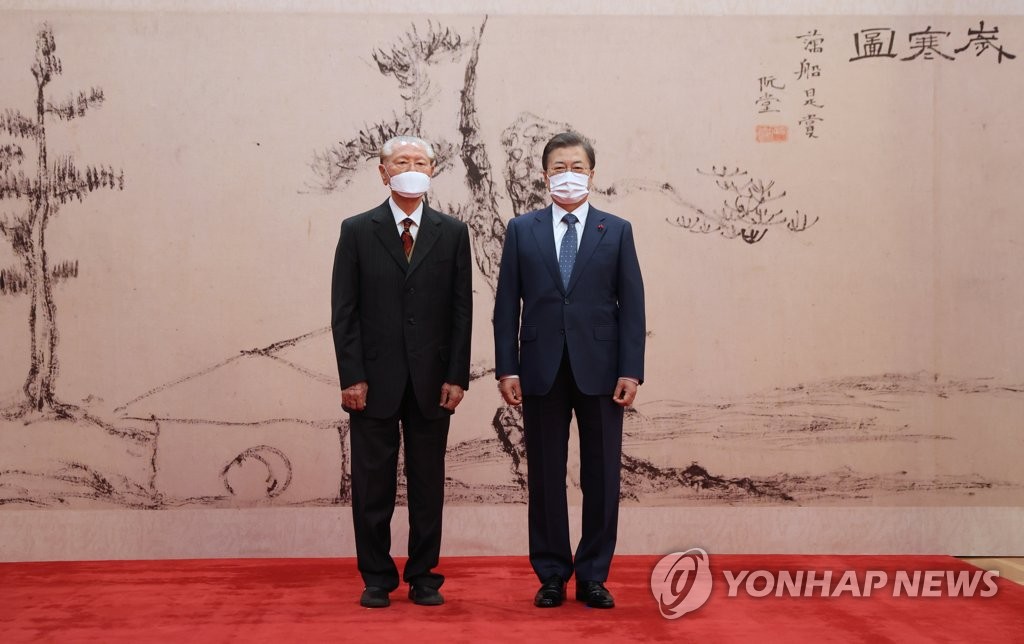 "Sehando," the country's National Treasure No. 180, was painted by Chusa Kim Jeong-hui, a famous Joseon Dynasty scholar, painter and calligrapher.

Meaning "a painting in the bitter cold of the winter," the masterpiece features a thatched house surrounded by pine trees.

During the Cheong Wa Dae meeting, Moon expressed his gratitude to Sohn, saying he has left a "great impression" on society by preserving cultural heritages over generations and donating such art treasures unconditionally to the "arms of the people," according to Moon's office. First lady Kim Jung-sook joined the meeting.