SEOUL, Dec. 9 (Yonhap) -- Samsung Electronics Co. was the fourth-largest vendor of wearable devices in the third quarter of the year, a market report showed Wednesday, amid soaring global demand for wearables.

Samsung shipped 11.2 million units of wearable devices in the July-September period, up 32.2 percent from a year earlier, for a market share of 9 percent, according to the latest report from market tracker International Data Corp. (IDC).

"Samsung's strategy to attack the earwear market with multiple brands continues to pay off as the company ranked fourth in the wearables market," IDC said. "Hearable shipments reached 8.4 million during the quarter along with 2.6 million smartwatches."

Apple Inc. solidified its top position with a 33.1 percent share after shipping 41.4 million wearable devices in the third quarter, up 38.6 percent from a year ago.

China's Xiaomi Corp. was the runner-up with 17 million units of wearable shipments, although its market share declined to 13.6 percent from 14.5 percent a year earlier, IDC data showed.

Another Chinese tech powerhouse, Huawei Technologies Co., moved up to third with a 11 percent share after its wearable shipments soared 87.2 percent on-year to 13.7 million units in the third quarter. 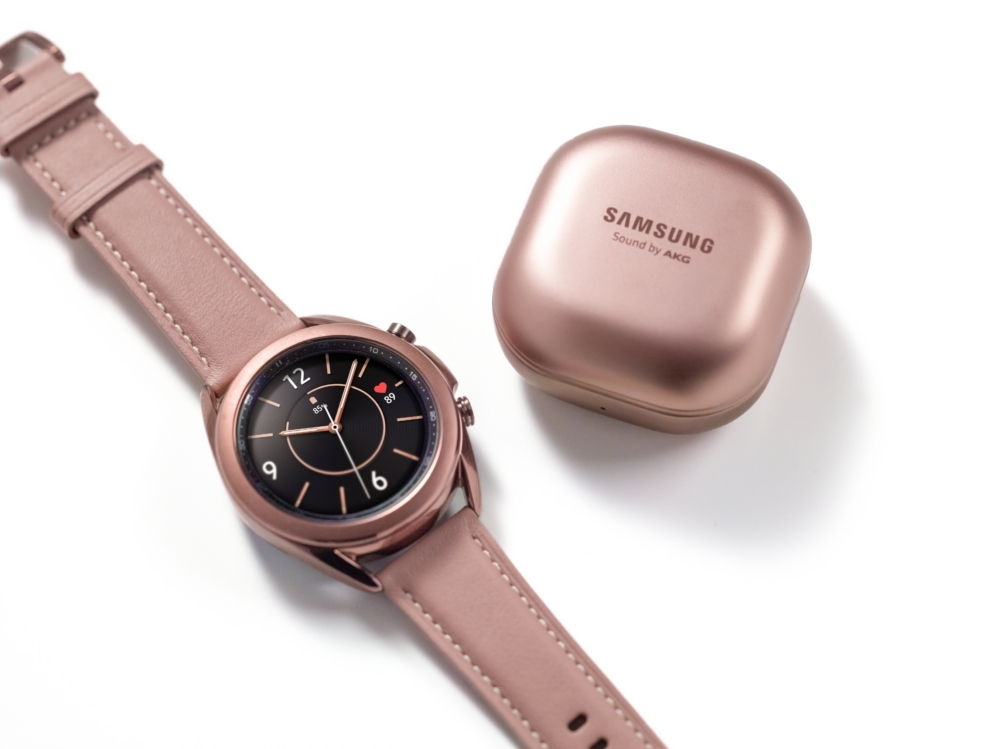 "The surge was driven by seasonality, new product launches and the global pandemic," IDC said. "New products from the likes of Apple, Samsung and others helped renew interest in popular categories such as smartwatches and hearables."

Meanwhile, when it comes to the wrist-worn wearable device market in third quarter, Xiaomi was the top player with a market share of 24.5 percent, followed by Apple with 21.6 percent and Huawei with 19.5 percent.

Worldwide shipments of wrist-worn wearable devices, including smartwatches and wristbands, stood at 54.8 million units in the third quarter, up 24 percent from a year ago, IDC data showed.