SEOUL, Dec. 9 (Yonhap) -- The ruling Democratic Party (DP) on Wednesday unveiled a plan to relocate the National Assembly from Seoul to the administrative city of Sejong, as part of balanced regional development initiatives, and envisioned that Seoul be developed as the country's financial center.

At a briefing, the DP task force on the parliament relocation plan said that it would pursue the relocation of the entire legislative branch to the self-governing city, some 160 kilometers south of Seoul, in a phased manner.

Ten legislative standing committees, including the Strategy and Finance Committee and the Special Committee on Budget and Accounts, would be the first ones to move into a yet-to-be-built National Assembly compound in Sejong, it said.

The ruling and opposition parties recently included spending for constructing a new National Assembly building in Sejong in the next year's budget.

The task force suggested forming a bipartisan committee dedicated to the relocation project to hammer out details, such as the agenda, timetables and logistics.

The plan envisioned Seoul be developed into the country's financial capital, a hub for innovative startups and home to the regional offices of international organizations including the United Nations. 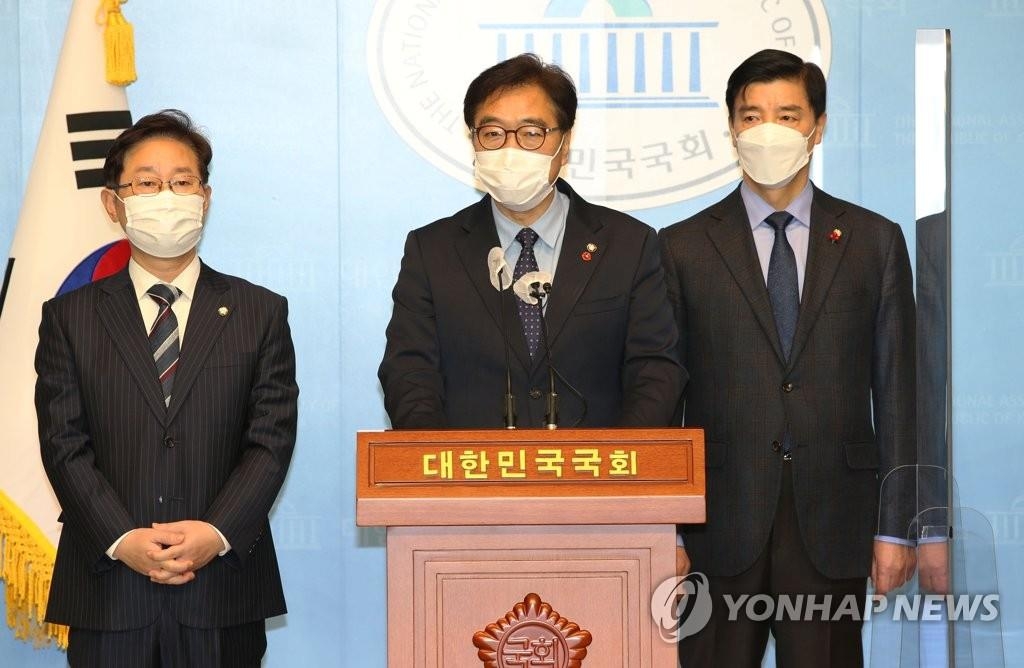 The ambitious plan, however, left out the sensitive issue of moving Cheong Wa Dae to Sejong, citing public opinion surveys that show "conditions are not yet ripe" for the idea, according to the team.

Rep. Woo Won-shik, the team's head, said the task force, over the past four months, worked hard toward "the dream of balanced regional development that passed through former Presidents Park Chung-hee, Kim Dae-jung and Roh Moo-hyun."

He also expressed hope the efforts come to fruition through bipartisan cooperation.

On criticisms that the plan is too sketchy and lacks substance, an official from the team said details will be worked out in consultation with opposition parties, when and if a special committee is formed.