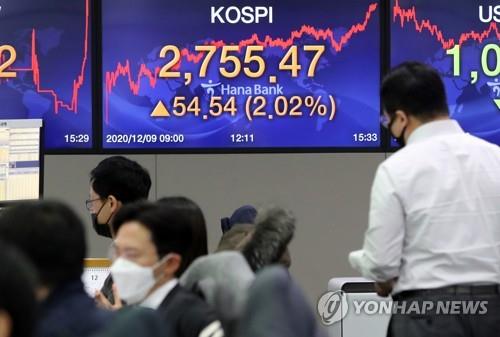 "Investor sentiment was boosted by the launch of mass vaccinations in Britain and the developments about the U.S. FDA's authorization of emergency use for (Pfizer's) vaccine," NH Investment & Securities analyst Noh Dong-kil said.

The local currency was trading at 1,084.8 won against the U.S. dollar, up 0.6 won from the previous session's close.