SEOUL, Dec. 9 (Yonhap) -- South Korea has pledged to donate $6 million to a U.N. emergency fund next year to support global efforts to help people affected by disasters and other emergencies, the foreign ministry said Wednesday.

Ham Sang-wook, deputy foreign minister for multilateral and global affairs, announced the plan during a virtual senior-level meeting of the Central Emergency Response Fund (CERF) on Tuesday, the ministry said in a release.

CERF is a humanitarian fund established by the U.N. General Assembly with an aim to provide timely and reliable humanitarian assistance to people affected by disasters and emergencies so as to reduce loss of life. It has provided relief to Syria, Afghanistan and North Korea, among others.

Since the fund was created, South Korea has donated about $57 million. 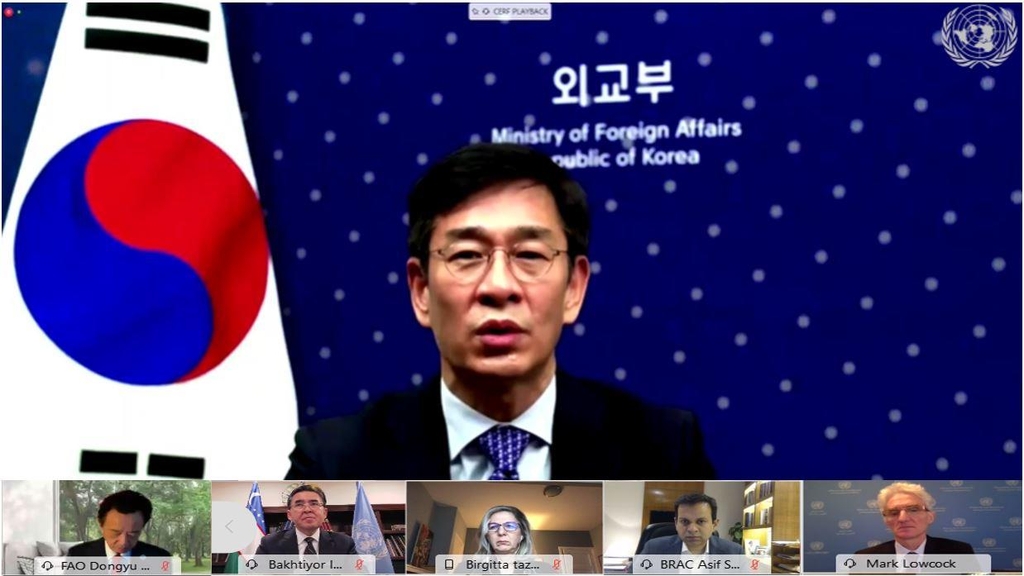