South Korea will be able to begin inoculation in February or March next year, when an initial batch of vaccines arrives here, he said during an emergency meeting held at Cheong Wa Dae's national crisis response center via video links to review the virus fight and control system in and around Seoul.

He instructed relevant authorities to place a top priority on the safety and lives of the people. The country has a population of 52 million.

He noted that vaccines have been developed "very urgently," which may lead to an "unexpected situation," and ordered thorough preparations for the start of inoculation as early as possible, including the close monitoring of their effectiveness and side effects via foreign case studies. 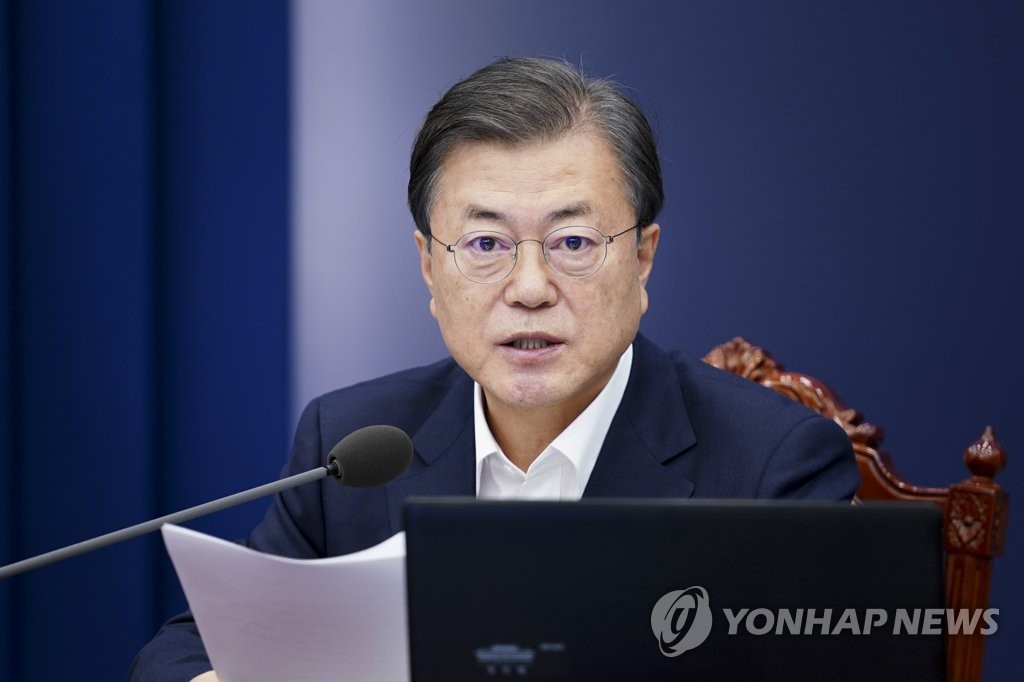 On the development of coronavirus treatment, he expected "tangible" results by domestic firms later this year or in early 2021.

"If it goes as planned, we expect to use treatment first prior to vaccine," Moon said.

In the session, Jeong Eun-kyeong, chief of the Korea Disease Control and Prevention Agency (KDCA), reported a plan to operate provisional testing centers in more than 150 areas, including Seoul Station, in the capital region for the coming three weeks in a bid to curb the rapid virus spread, according to Cheong Wa Dae spokesman Kang Min-seok.