But business circles and critics voiced concerns that the measures could sap companies' business sentiment and shrink investment amid an economic slowdown caused by the new coronavirus outbreak.

The National Assembly approved the three bills -- a revision to the Commercial Act, a revision to the Fair Trade Act and a bill on supervising business groups that have financial units -- at a plenary session. 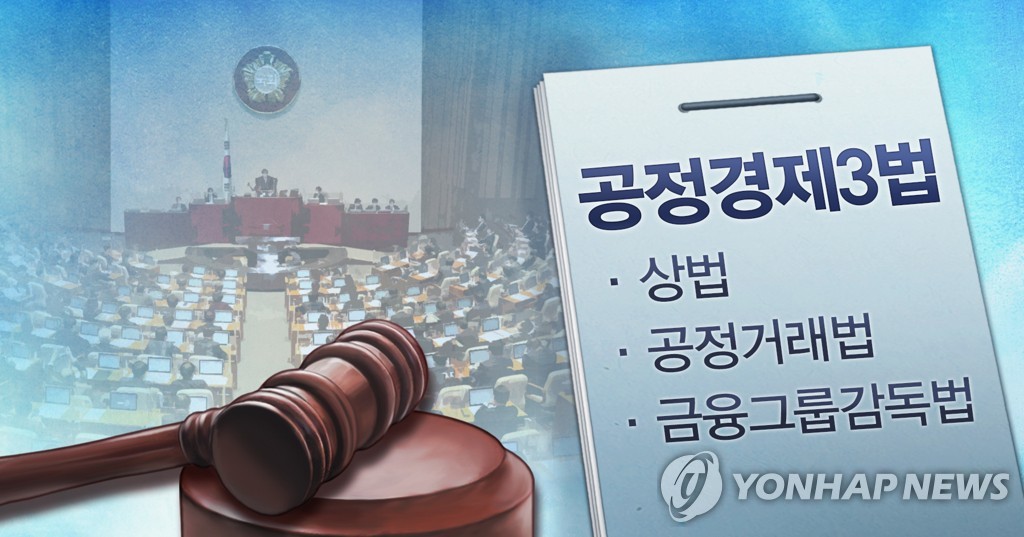 The Commercial Act amendment, also called the "3 percent rule," has been highly controversial. Conglomerates strongly opposed its passage, claiming that speculative forces could abuse the rule and that it hurts shareholder rights.

The bill requires listed firms to name at least one auditor from outside their board and limits the voting powers of the top shareholders and their affiliated people to 3 percent when appointing the auditor.

Currently, board members are first appointed at a shareholders' meeting and an auditor is later selected among them. This could put auditors under top shareholders' influence.

Critics and civic groups said the essence of the bill was compromised as the ruling party eased the limitation on the voting power in the act in the face of strong backlash from the corporate sector.

The original bill required the combined voting power of the top shareholder and affiliated people to be limited to 3 percent, but the final version allows them to cast their 3-percent votes separately.

Meanwhile, the Fair Trade Act was revised for the first time in about 40 years since it was enacted.

The act will make more companies subject to a tighter regulation on inter-affiliate business deals.

Hyundai Glovis Co. a logistics unit of Hyundai Motor Group, is currently not subject to the regulation as it is 29.9 percent owned by owner families.

Starting at the end of 2021, an additional 343 companies' inter-affiliate business deals, valued at some 27 trillion won (US$25 billion), are expected to be scrutinized by the Korea Fair Trade Commission (KFTC).

During parliamentary deliberation over the Fair Trade Act bill, the ruling Democratic Party (DP) decided not to abolish the KFTC's exclusive right to file a complaint with the prosecution over price fixing cases.

The bill will apply to business groups that hold more than 5 trillion won in assets while operating two or more financial units. 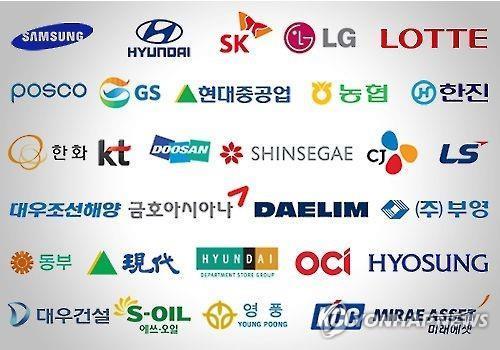