"The deputy secretary reaffirmed our commitment to the U.S.-ROK alliance and expressed appreciation for the ROK's continued coordination on the COVID-19 response," a department spokesperson said in a released statement, referring to South Korea by its official name, the Republic of Korea. 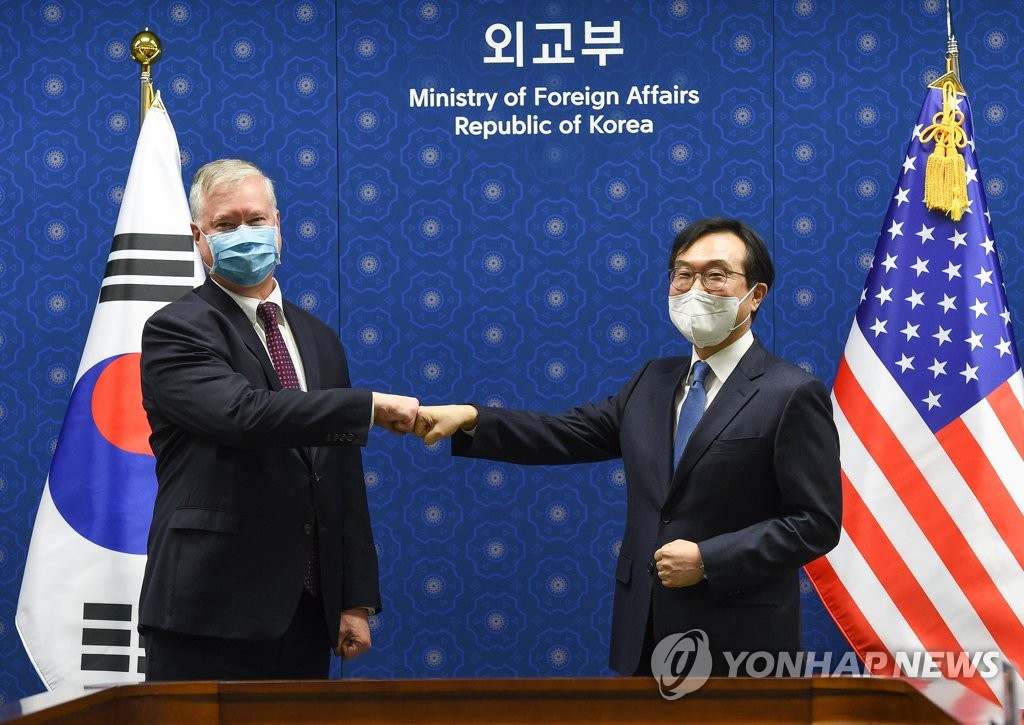 Biegun, who is double-hatted as special representative for North Korea, is on a five-day visit to Seoul where he is also scheduled to meet Foreign Minister Kang Kyung-wha.

His visit came amid a long hiatus in denuclearization talks with North Korea.

The U.S.-North Korea talks have stalled since their leaders -- President Donald Trump and Kim Jong-un -- held their second bilateral summit in February 2019 but walked away without any deal.