SEOUL, Dec. 10 (Yonhap) -- North Korea's trade with China nose-dived to a record low in October due to Pyongyang's border closure with its ally to curb the spread of the new coronavirus, a report showed Thursday.

Exports and imports between the two countries came to US$1.7 million in October, down a whopping 99.4 percent from a year earlier, according to the report by the Korea International Trade Association (KITA).

The October reading was the lowest monthly tally and down 92 percent from the previous month. 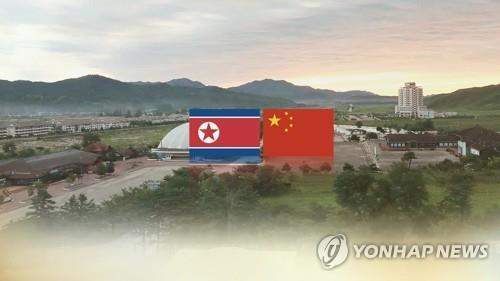 In the first 10 months of the year, bilateral trade also tanked 76 percent from a year earlier.

"North Korea seems to have virtually halted its trade with China as it further tightened its border control in the runup to the Oct. 10 anniversary of the ruling Workers' Party of Korea," the report said.

North Korea has maintained its tight border closure with China since earlier this year to stem the coronavirus and has claimed to be coronavirus-free.

The report said North Korea continued to close its border with China in November, which is expected to last till January when the ruling party's congress is slated.

Given Pyongyang's continued border closure, its trade with China is projected to shrink more than 80 percent in 2020 from a year earlier, the report said.
(END)