SEOUL, Dec. 10 (Yonhap) -- South Korean exports of instant noodles jumped more than 30 percent in the first 10 months of the year amid the coronavirus pandemic, a report said Thursday.

Overseas shipments of instant noodles, or "ramyeon" in Korean, came to US$573 million in the January-October period, up 32.4 percent from a year earlier, according to the report from the Korea International Trade Association (KITA).

The surge was attributed to the global popularity of home cooking in the wake of the coronavirus outbreak that forced people to stay home longer.

The KITA report said China, the world's most populous nation and second-largest economy, has emerged as the most promising export market for South Korean instant noodles.

China's imports of instant noodles have been rising fast this year, with its on-year growth rate reaching 43.7 percent in March and even 104 percent in April.

In the first seven months of the year, South Korea's instant noodles accounted for 58 percent of China's total imports, up from 49 percent in 2018.

China was followed by the United States, the world's largest economy, and Hong Kong, according to the report. 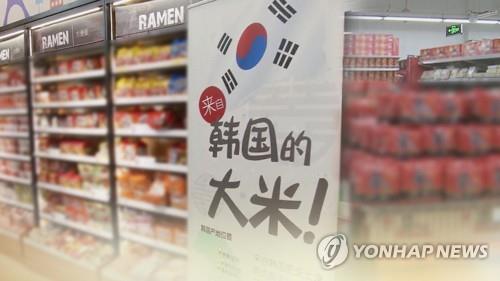