Samsung's 110-inch Micro LED TV will be priced at 170 million won (US$156,400) here. Preorders for the latest luxury TV will begin later this month, with the official launch slated for the first quarter of 2021.

Samsung first launched its Micro LED display in 2018 under the brand named The Wall for commercial use, but it has been trying to deliver the product for home cinema use as well.

The world's largest TV maker added it has applied advanced transfer technology for LED chips to commercialize the new Micro LED TV and that it has secured solutions to make smaller Micro LED TVs. 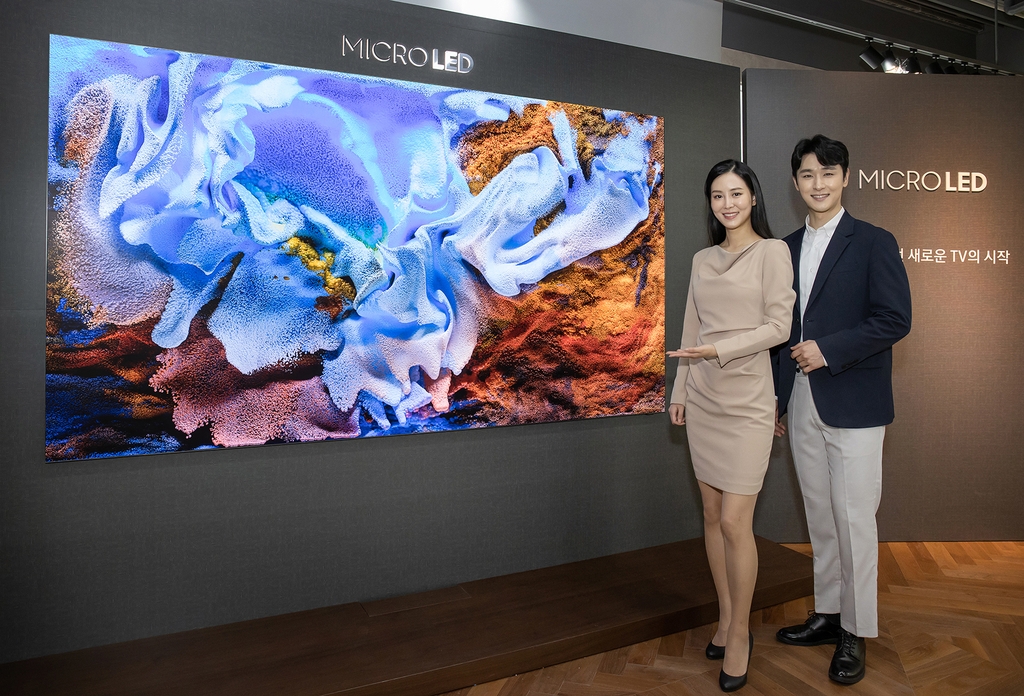 Its latest Micro TV features a 4Vue function, in which users can split the 110-inch display into four different 50-inch screens and enjoy multiple content at the same time.