Samsung's 110-inch Micro LED TV will be priced at 170 million won (US$156,400) here. Preorders for the latest luxury TV will begin later this month, with the official launch slated for the first quarter of 2021.

Samsung said it aims to sell the new Micro LED TV in markets like the United States, the Middle East and some European countries but will expand its global availability.

"Samsung aims to create and lead this Micro LED TV market," said Chu Jong-suk, an executive vice president of Samsung's visual display business at an online event. "We believe we could achieve a meaningful number of sales for the product."

Samsung first launched its Micro LED display in 2018 under the brand named The Wall for commercial use, but it has been trying to deliver the product for home cinema use as well.

Unlike its B2B Micro LED product, Samsung said installation and calibration are streamlined since the new 110-inch Micro LED TV is prefabricated. 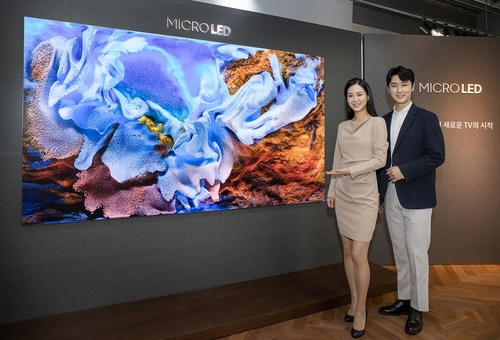 The world's largest TV maker added it has applied advanced surface mount technology for LED chips, along with a new production process derived from its semiconductor business to commercialize the new Micro LED TV and that it has secured solutions to make smaller Micro LED TVs.

Samsung said it is reviewing options of releasing Micro LED TVs with screen sizes ranging from 70 inches to 100 inches in the future.

Its latest Micro LED TV features a 4Vue function, in which users can split the 110-inch display into four different 50-inch screens and enjoy multiple content at the same time.

Samsung's new Micro LED TV also has a monolith design that removes bezels from the display for an immersive content experience. 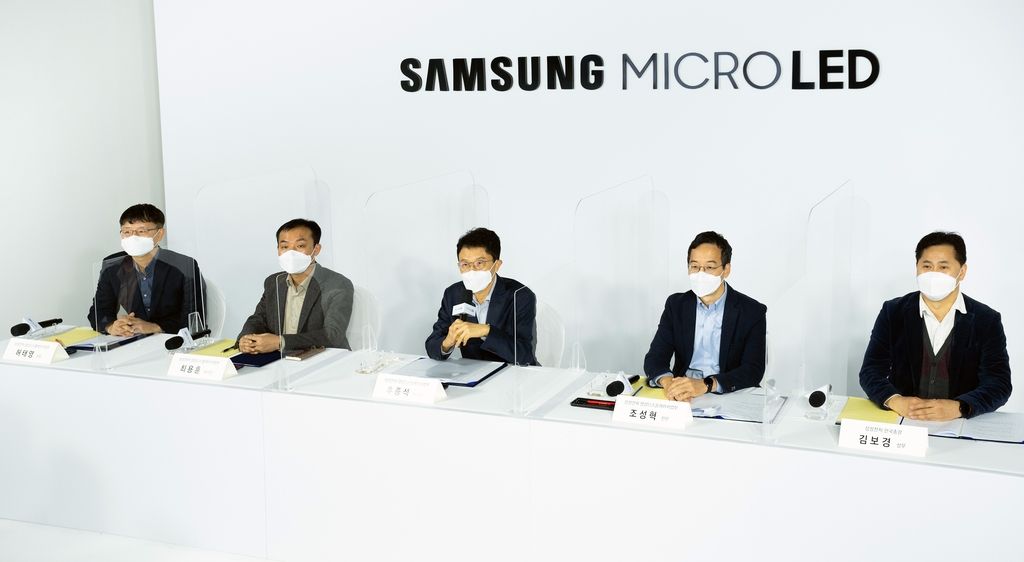 "We are not going to sell the product like normal LCD TVs," Chu said.

Asked about its expensive price, Samsung said it will go down "dramatically" if more brands participate in the Micro LED TV market.

According to industry tracker Display Supply Chain Consultants (DSCC), worldwide revenue from Micro LED TVs is expected to grow sharply in the upcoming years, rising from around US$25 million this year to around US$228 million by 2026.