SEOUL, Dec. 10 (Yonhap) -- The National Assembly is on track to vote on a contentious bill Thursday that would expedite the launch of a new investigative body handling high-profile corruption cases.

The revision bill on the Corruption Investigation Office for High-ranking Officials (CIO) law will be put to a vote at a plenary session slated for 2 p.m.

After processing the bill at the plenary session, the National Assembly, where the DP holds a majority, plans to table another contentious bill -- a revision to the National Intelligence Service Korea Act.

But voting on the bill is again expected to be delayed by the PPP planning to launch another round of filibuster. The bill aims to relocate the state spy agency's authority to conduct anti-communist investigations to the police, in a bid to block its meddling in domestic politics.

The two bills, combined with a revision to the national police act, which passed the assembly earlier this week, will back up Moon's push to reform so-called power institutions including the state prosecution service, if they finally win a parliamentary nod.

One more contentious bill on prohibiting the launch of anti-Pyongyang leaflets across the inter-Korean border also remains pending at the assembly due to opposition protests.

The DP plans to first push the spy agency bill through the National Assembly on Friday, as it can break a filibuster with 180 votes, 24 hours after it began. 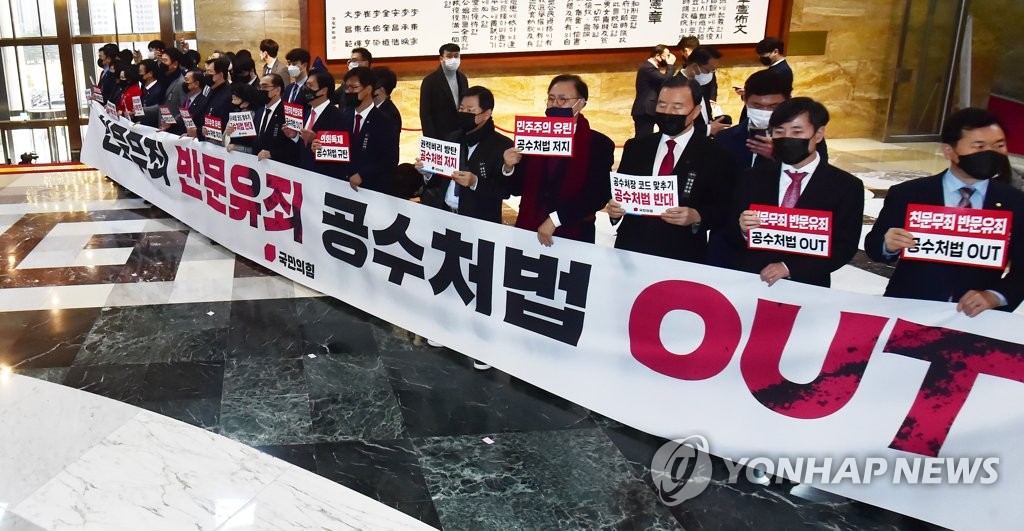