SEOUL, Dec. 10 (Yonhap) -- Electric scooters and other motor-based personal transportation vehicles will be allowed to start using bicycle lanes across the country Thursday, the government said.

Under the amended laws on road traffic and bicycle use approved by the National Assembly in May, personal mobility devices, which refer to transporters that weigh below 30 kilograms and have a maximum speed of 25 kph, like electric scooters, are permitted on bike lanes.

Those below the age of 13 are banned from riding them for safety. The laws also authorize the government to designate parts of the cycling paths as no-personal mobility device zones for safety. 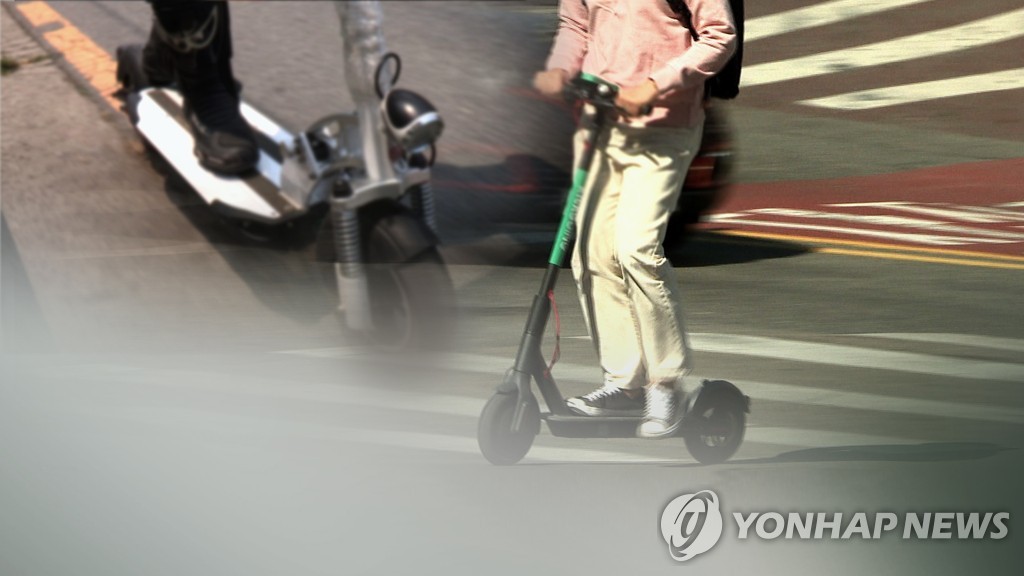 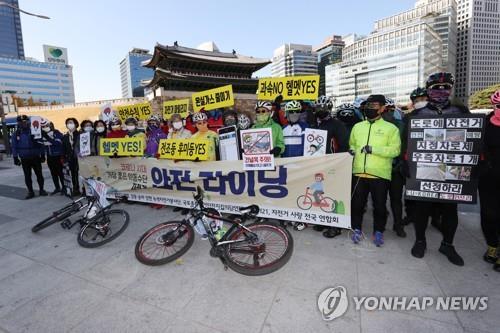 On Wednesday, the assembly passed an additional revision on the Road Traffic Act to only allow people with licenses for motorized transporters to use personal mobility devices, which will be implemented next April due to a legal grace period.

The new amendment came as public concern over the safety of electric scooters and other similar devices rose in the light of multiple accidents involving them.

Until next April, authorities will carry out tougher crackdowns on those who violate the related laws, including people who ride without helmets, operate the vehicles with two or more passengers or use them under the influence of alcohol or drugs.

Meanwhile, a consultative body made up of the central government, municipal authorities and 15 rental companies said it will continue to require rental riders be at least 18 years old, prohibiting unlicensed minors from using the services.

The group also plans to table a bill to create a licensing system for urban transport, similar to the driver's license test, while devising rules for its general management to further improve safety of the service.

E-scooters allowed to use bike lanes amid safety concerns

E-scooters allowed to use bike lanes amid safety concerns