The official did not specify what the adjustments might be, but observers say they could include scaling down or suspending the tours altogether in consideration of a recent spike in daily infection cases.

"We will announce plans soon for tours starting next week in consideration of the antivirus measures, although things are still somewhat variable," the official said.

The official said the ministry is considering "various options" for the Panmunjom tours as part of efforts to strictly follow the nationwide antivirus measures amid the raised social distancing level.

Concerns have been raised about the need to further scale down or adjust the tour program in the face of toughened measures.

The Panmunjom tours resumed earlier last month after more than a year of suspension due to the outbreak of African swine fever. The maximum number of people allowed to visit the area, however, was halved as part of preventive efforts against COVID-19.

The ministry has said it will consider suspending the tours to the Joint Security Area (JSA) and other sites inside the Demilitarized Zone (DMZ) separating the two Koreas when the government adopts the highest Level 3 social distancing scheme.

South Korea launched a Level 2.5 social distancing scheme, the second-highest level under a five-tier system, Tuesday in the greater Seoul area in efforts to curb the virus. 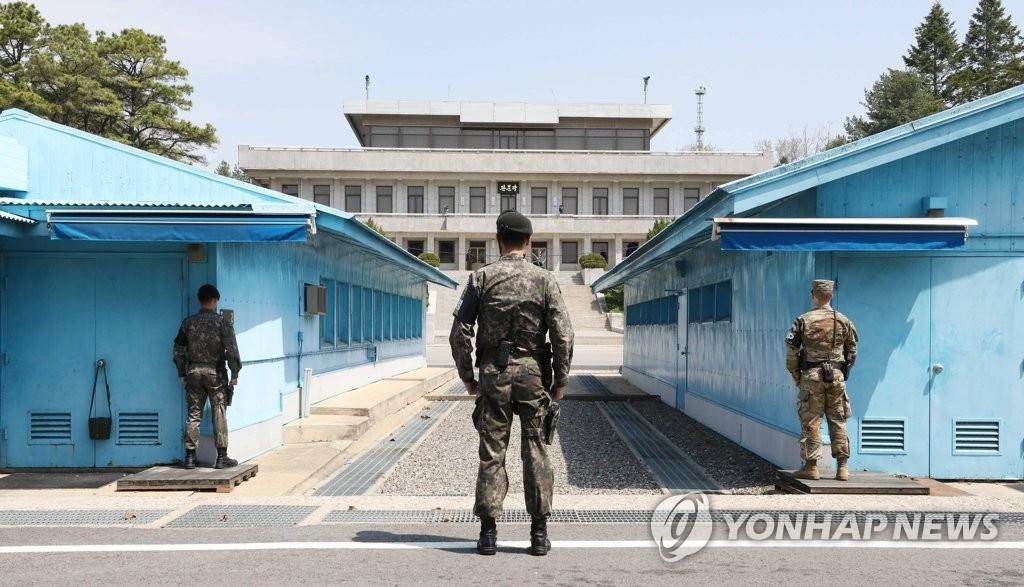