SEOUL, Dec. 10 (Yonhap) -- The Supreme Court on Thursday ordered a lower court to reconsider its not guilty verdict for two former presidential officials accused of destroying a transcript of the 2007 inter-Korean summit to cover up the then-South Korean president's alleged offer to surrender the de facto western sea border.

The top court remanded the case to the Seoul High Court, ordering a retrial of Baek Jong-chun and Cho Myoung-gyon, who served in the administration of President Roh Moo-hyun.

The court ruled that the computer file deleted by the two former presidential aides was a presidential record approved by Roh, as he left his electronic signature and a date after reading a draft version of the summit transcript attached to it.

The lower courts had acquitted them of the charges, saying the file cannot be seen as a presidential record because it was not formally approved by the president. 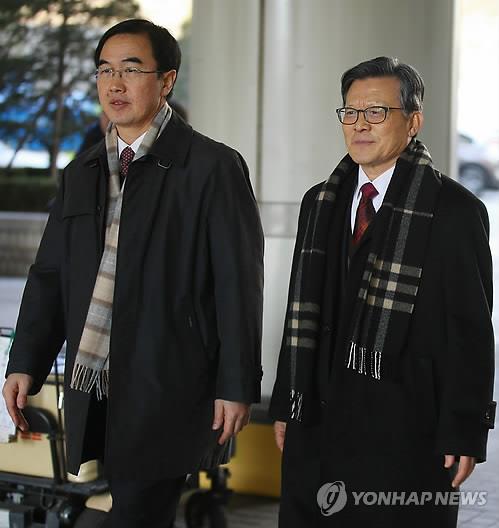 The two were indicted in November 2013 on charges of violating the Act on the Management of Presidential Archives and damaging public digital records amid a lingering political debate over Roh's potentially controversial remarks during the summit talks with then-North Korean leader Kim Jong-il.

The scandal began when a lawmaker from the conservative then-opposition Saenuri Party claimed during a parliamentary audit into the Unification Ministry in October 2012 that Roh suggested giving up the de facto western sea border with North Korea, commonly called the Northern Limit Line (NLL), during the talks.

The North argues that the line should be drawn farther south, as it was set unilaterally by the U.S.-led United Nations Command (UNC) after the end of the 1950-53 Korean War. Renouncing it would have meant offering the North a greater share of the Yellow Sea.

As lawmakers failed to find the transcript in question from the Presidential Archives, the party brought criminal charges against Baek and Cho with the prosecution, arguing that they intentionally destroyed the summit transcript to cover up the remarks. 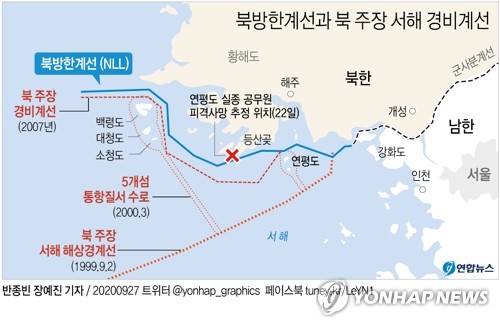