The Toronto Blue Jays' left-hander was one of five starting pitchers for the All-MLB Second Team, unveiled by Major League Baseball (MLB) on Wednesday (U.S. time). 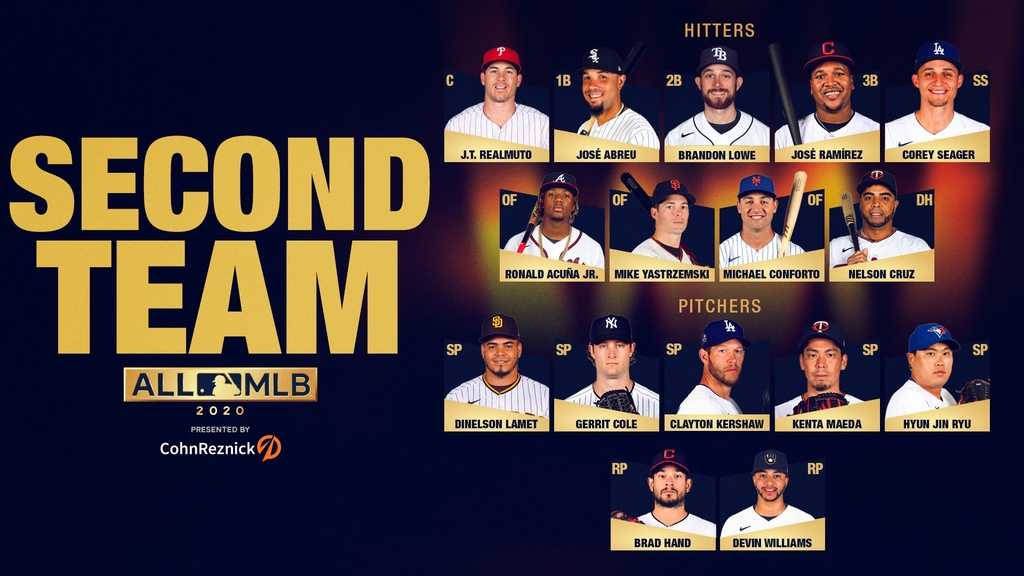 On the strength of a third-place finish in the American League (AL) Cy Young Award voting, Ryu made the Second Team again, after doing so as a member of the Los Angeles Dodgers in 2019. He was the National League (NL) Cy Young runner-up then.

This year, Ryu was joined by Dinelson Lamet of the San Diego Padres, Gerrit Cole of the New York Yankees, Kenta Maeda of the Minnesota Twins and Clayton Kershaw of the Dodgers in the Second Team rotation.

MLB first selected its official year-end squad in 2019, in line with other major professional sports leagues in North America, to recognize a season's worth of accomplishments.

Fans accounted for 50 percent of the voting for the All-MLB Team, with a panel of experts responsible for the other 50 percent.

Ryu led all of baseball with a 2.32 ERA last year. He parlayed that into a four-year, US$80 million contract with the Blue Jays -- the largest free agent deal handed out by the Blue Jays -- and lived up to the billing as the team's new No. 1 starter. In the truncated, 60-game season, Ryu went 5-2 in 12 starts and ranked fourth in the AL with a 2.69 ERA.