The prosecutor-turned-politician is accused of having received around 200 million won (US$184,000) in kickbacks from Kim Bong-hyun, the jailed former chairman of Star Mobility, known as the main financial source for Lime, to help him resolve the suspension of Lime fund's redemption at Woori Bank.

Yun has denied the allegations against him, claiming the money was paid to him as a consulting fee that had nothing to do with the scandal. He has never met Kim, he added.

The investigation into Yun began when Kim, a key suspect in the fraud case, claimed in a letter sent from prison in October that he lobbied a prosecutor-turned-politician and other influential people, including the president and vice president of the bank, to resume sales of Lime funds.

Lime Asset, founded in 2012, has been under investigation over its alleged cover-up of massive losses and subsequent suspension of fund redemption worth an estimated 1.6 trillion won.

The case has developed into a high-profile lobbying scandal, in which former and incumbent government officials and politicians are embroiled. 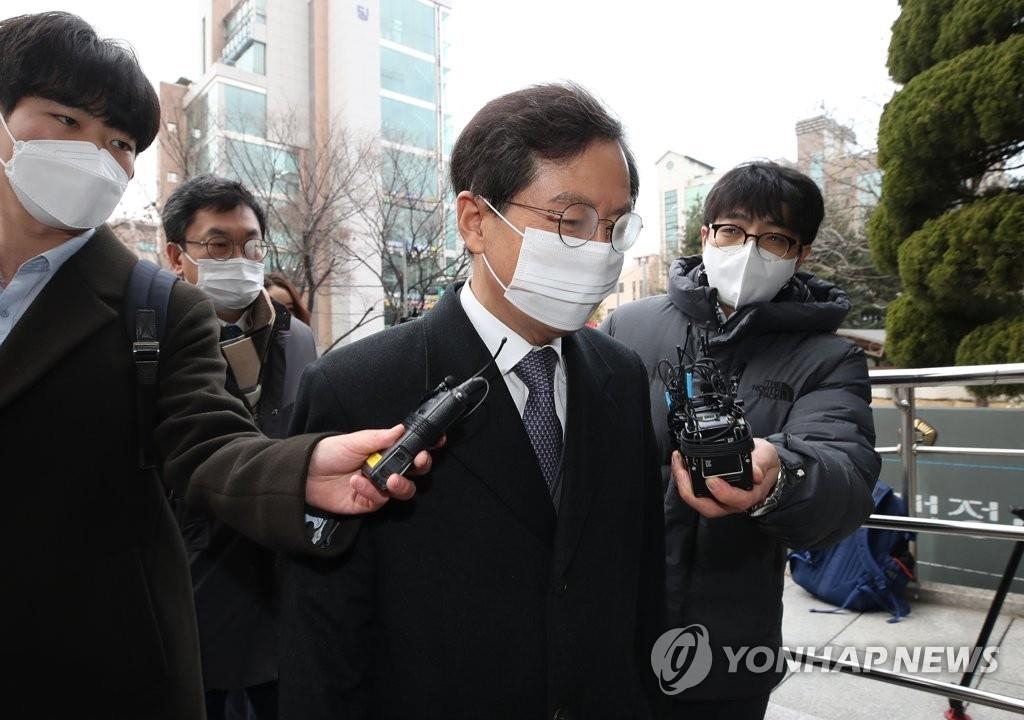