Hyundai Motor will strengthen its electrified vehicle lineup to achieve a market share of 8 to 10 percent of the global electric vehicle (EV) market by 2040, the company said in a statement.

"Starting in 2030, Hyundai plans to gradually shift its EV lineup forward in key markets, such as Europe, China and the United States, while maintaining internal combustion engine vehicle production capacity in emerging markets, such as India and Russia, but which will be limited to less than 50 percent," Albert Biermann, president and head of Hyundai's R&D division, said in this year's CEO Investor Day briefing.

The executive expected sales of electric vehicles to rise further due to tightened regulations on carbon dioxide emissions, particularly in Europe.

"With the European market leading the way, the growth of EVs is expected to accelerate further in the years to come. By 2030, we expect the EV market to take up around 30 percent of the entire automobile market," he said. 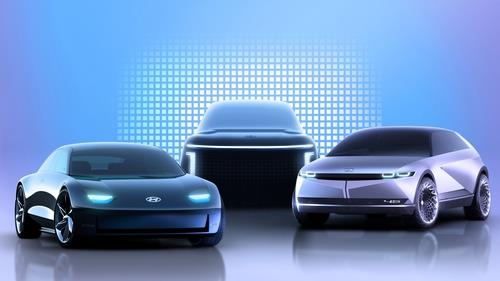 To achieve the aim, Hyundai plans to launch the IONIQ 5, the first all-electric model based on its own EV platform called the electric-global modular platform (E-GMP), next year, it said.

Hyundai plans to introduce the IONIQ 6 midsize sedan in 2022 and the IONIQ 7 large SUV in 2024. It will begin using alphanumeric names like its bigger rivals, such as BMW, whose models have a Series No. 1-8.

Hyundai's indepedent Genesis brand also plans to launch an all-electric model next year and will evenutally fill its lineup with zero-emission models in the future.

The company has sold environmentally friendly models -- the Ioniq gasoline hybrid, the Ioniq plug-in hybrid and the Ioniq all-electric car -- with the same name of the Ioniq since 2016.

The existing models with the badge of Ioniq will go separately with the IONIQ EV brand lineup, Hyundai said.

The maker of the Sonata sedan and the Palisade SUV also target winning a market share of more than 5 percent in the world's automobile markets by 2025 and achieving an operating profit margin of 8 percent, up from 4.9 percent and 3.5 percent, respectively, at the end of 2019, it said.

In other efforts to morph into a future mobility solutions provider, Hyundai plans to start applying the Level 3 autonomous driving technologies to its models in 2022, while its affiliate Hyundai Mobis Co. continues to cooperate with global companies to develop the Level 4 and Level 5 self-driving automation technology.

A Level 3 car, if fully developed, will allow lane changes and other autonomous driving functions to work without interventions by the driver. At Level 4, a vehicle can drive itself under limited conditions and will not operate if all required conditions are not satisfied. At Level 5, a vehicle's automated driving features can drive under any conditions.

As for the business outlook, Hyundai Motor President Lee Won-hee said the coronavirus outbreak will continue to affect its business results in the fourth quarter and next year.

"The reemergence of COVID-19 (in recent weeks) and the unfriendly foreign-exchange rates (which means the won's strength against the dollar) will increase uncertainties for the company. To ride out the difficulties, the company will make utmost efforts to promote new models in major markets," he said without elaborating.

Hyundai sold 3,369,055 vehicles in the January-November period, down 16 percent from 4,026,075 a year earlier as the pandemic weighed on consumer sentiment.

In the first three quarters that ended in September, Hyundai's net profit plunged 69 percent to 741.1 billion won from 2.41 trillion won a year ago. 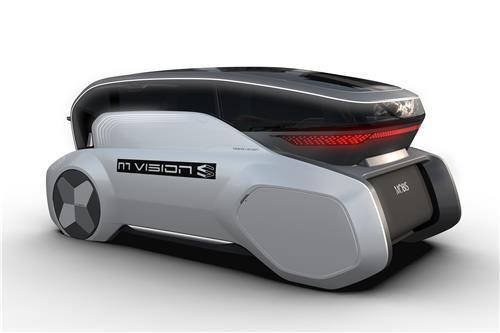