Titled "Republic of Korea's Declaration of 2050 Carbon Neutrality: Before It's Too Late," the event is scheduled to open at 7:35 p.m. and will be broadcast live nationwide, according to Cheong Wa Dae. The Republic of Korea is the nation's official name.

Moon will deliver a speech on Seoul's commitment to playing a proactive role in the global fight against climate change. 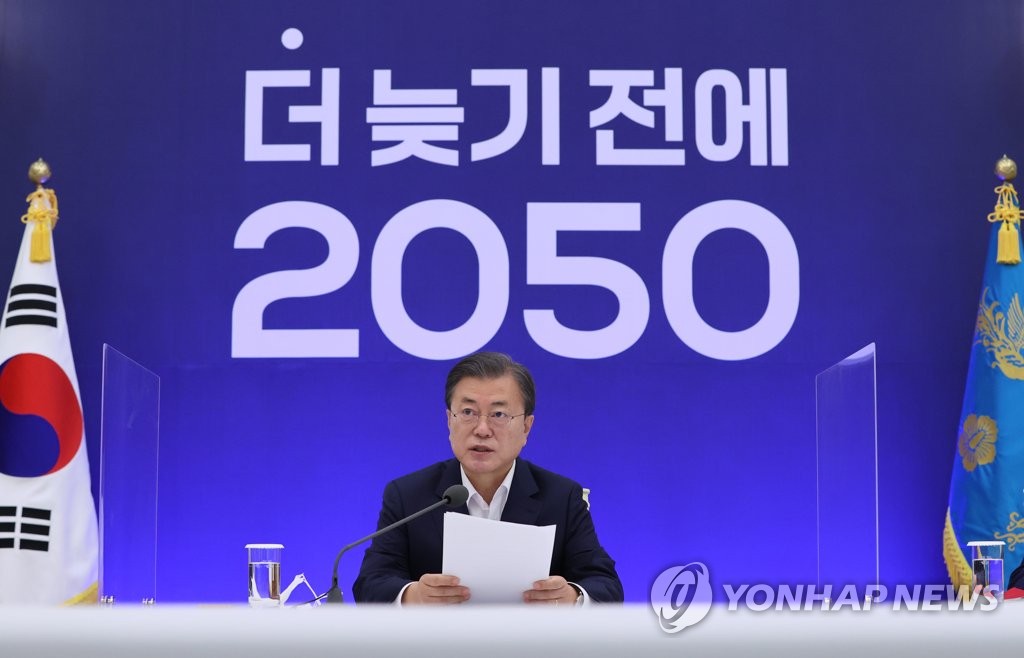 The president, first, and briefly, unveiled the ambitious carbon neutrality goal during his budget speech at the National Assembly in October. It made South Korea, one of the world's most fossil fuel-reliant economies, the latest country to commit to net-zero carbon dioxide emissions.

He has since made relevant comments in public several times, including when he attended the virtual summit of Group of 20 nations in November.

He also announced a plan to establish a presidential panel of government officials and private exports for the implementation of related policies.

The initiative is in line with the Moon administration's push for the Green New Deal campaign, which is a key pillar of the so-called Korean-version New Deal together with the Digital New Deal.

Thursday's ceremony is meant to declare the carbon neutrality vision to the people and again announce the decision to join international efforts to reduce greenhouse gas emissions, a Cheong Wa Dae official said on background.

Moon plans to wear a necktie made of eco-friendly materials using plastic waste, he added.

Right after Moon's declaration of the vision, the music video of a song, "Before It's too late," will be played. Composed by Shin Hae-chul, a late South Korean singer and songwriter, the song is about the environmental future of the Earth.