SEOUL, Dec. 10 (Yonhap) -- Professional football leagues in South Korea and Spain have joined forces to lay the foundation for their mutual growth.

The Korea Professional Football League (K League) announced Thursday it has signed a partnership agreement with La Liga of Spain.

Under the deal, the two leagues will share information on league operations and exchange ideas on ensuring financial health for their clubs. They'll also work together to eliminate illegal streaming of their matches while improving the quality of their broadcasts. The two leagues will increase support for youth players and their coaches and will look to co-host an e-sports competition. 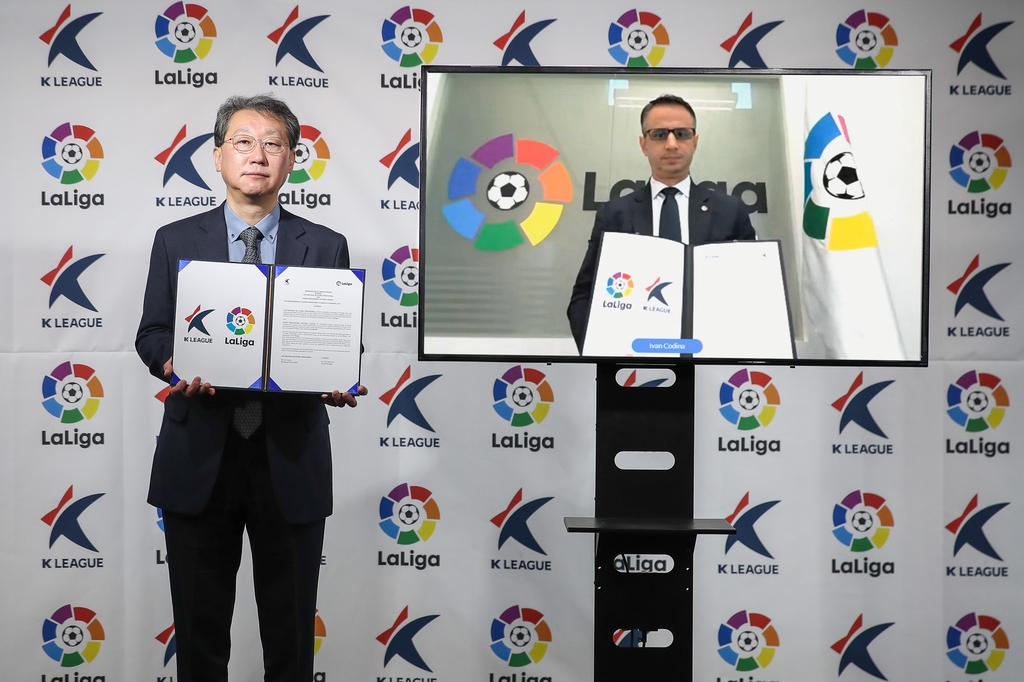 "With this agreement, we'll be able to learn from an advanced football league while also creating new business opportunities," the K League said in a statement.

In a virtual signing ceremony, K League's secretary general Cho Yeon-sang signed off on the deal in Seoul, while Ivan Codina, La Liga's managing director of Southeast Asia, did the same in his Singapore office.

Next Wednesday and Thursday, La Liga's youth football instructors will give a virtual seminar on training and coaching for K League youth club coaches.

Among clubs, K League 2's Chungnam Asan FC will sign their own partnership deal with Cadiz CF of La Liga, under which they'll share ideas on club management and marketing.