Biegun, who doubles as Washington's top nuclear envoy, made the remarks during a lecture in Seoul recapping his yearslong negotiations with the North, which he cast as being marked by "setbacks, disappointments, and missed opportunities."

"As we look to the future, I remain convinced that diplomacy remains the best course, indeed the only course, to solving our challenges with North Korea," he said.

Biegun also voiced hope that the U.S. and the North can engage in the kind of "serious diplomacy that requires sustained engagement and difficult tradeoffs but has huge rewards."

Reflecting on the deadlocked negotiation process, he expressed regrets over North Korean counterparts missing opportunities just in "search for obstacles." 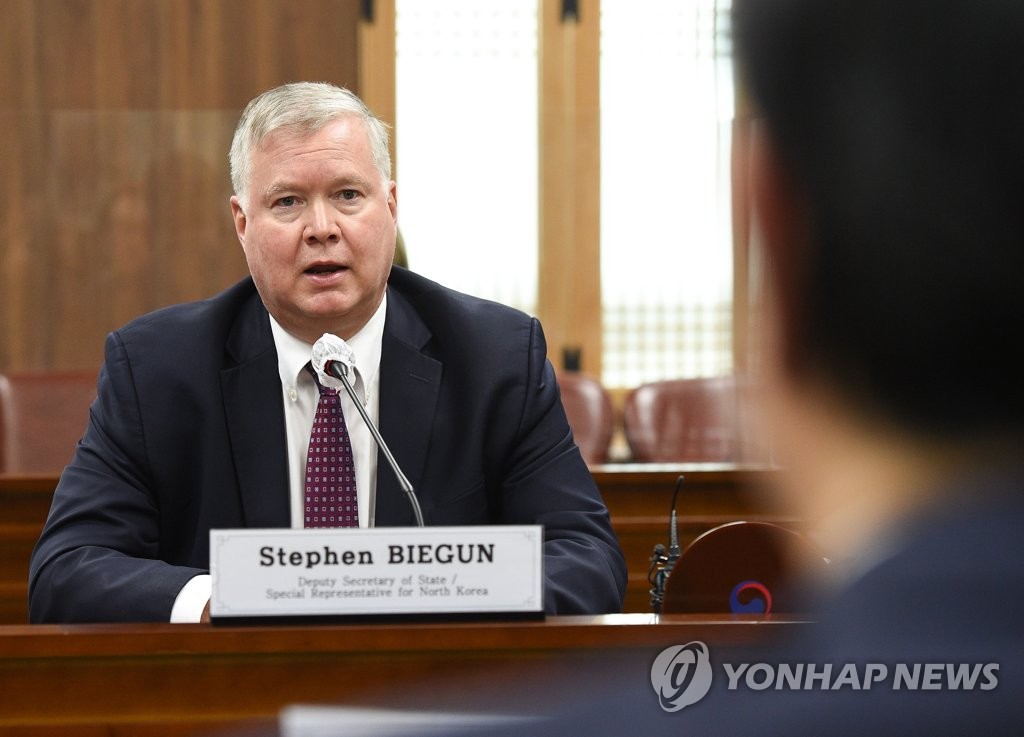