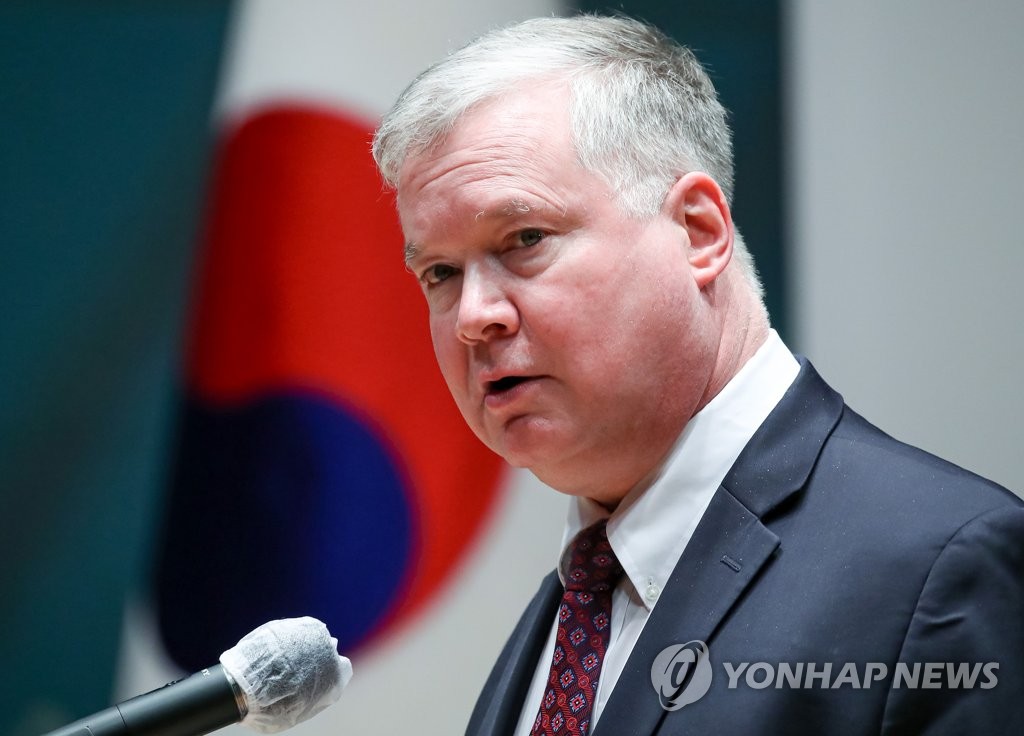 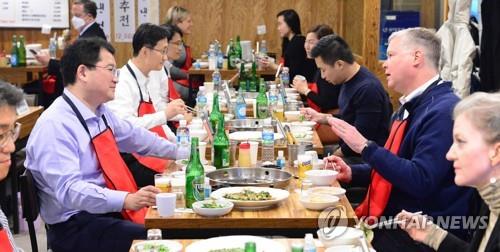 Biegun had dinner with Vice Foreign Minister Choi Jong-kun with at a restaurant in central Seoul that serves his favorite Korean chicken stew, "dakhanmari."