SEOUL, Dec. 10 (Yonhap) -- One of the biggest dominoes in South Korean baseball's free agency fell on Thursday, as the Doosan Bears retained All-Star third baseman Heo Kyoung-min with a lucrative deal that could stretch to seven years.

The Bears said they've signed Heo to a four-year deal worth 6.5 billion won (US$5.9 million), with a three-year option for 2 billion won that Heo can pick up after the 2024 season. 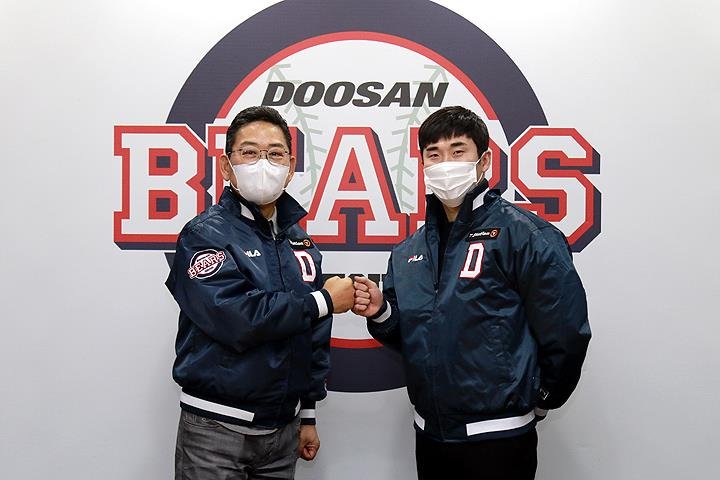 The 30-year-old has spent his entire nine-year career with the Bears and has evolved into a defensively sound third baseman with speed and some gap power. Heo leads all third basemen with 146 doubles since 2015, when he became a full-time player.

Heo was one of seven Doosan players to hit the open market this winter, joined by the rest of the starting infield. Given their financial trouble of late, the Bears weren't expected to be able to retain most of them, and Heo in particular was considered a hot commodity.

Instead, Heo has signed perhaps the last free agent deal of his career to stay with the only KBO team he has known.

"Ever since I became a pro, I've taken a lot of pride being a member of the Bears," Heo said. "I'd like to thank the team for making me this offer. I feel a huge sense of responsibility, and I'll keep pushing myself every game." 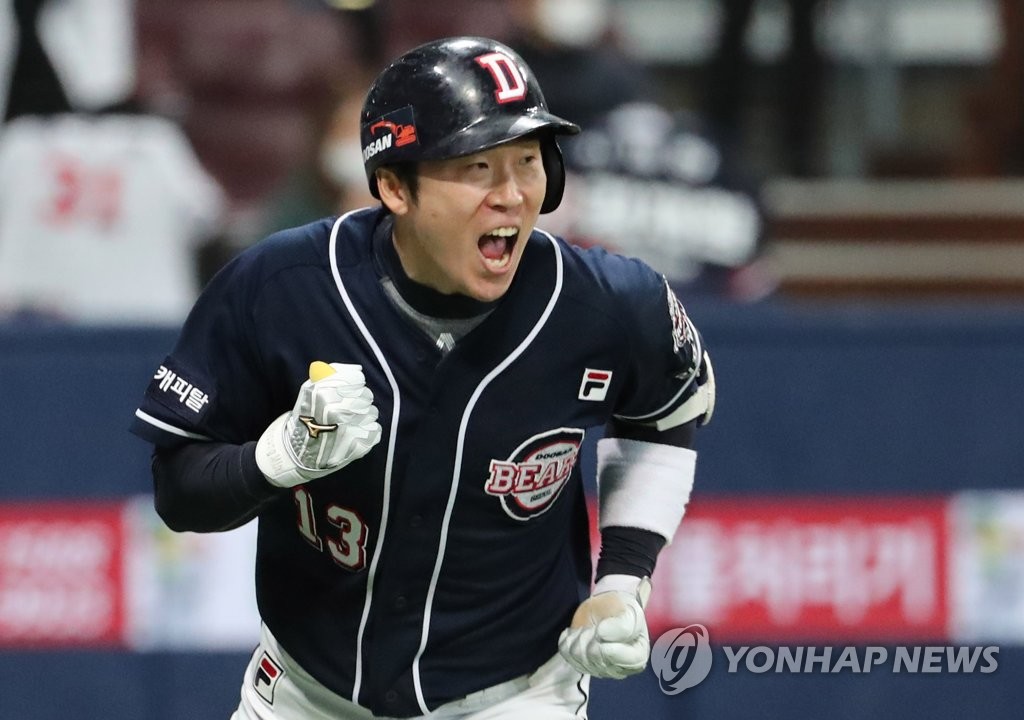