SEOUL, Dec. 10 (Yonhap) -- U.S. Ambassador to Seoul Harry Harris on Thursday described South Korea as the "original home" of kimchi, amid a controversy over Chinese media's claim that Beijing led the development of a global standard for the staple Korean dish.

Harris made the remarks in a tweet, unveiling his plan to learn how to make the fermented cabbage dish, which has long been one of the most popular Korean traditional side dishes.

"So great to be here in the original home of #Kimchi -- South Korea!" he wrote on Twitter.

"I'm excited to learn how to make the most authentic, delicious & 'Made-in-Korea' #Kimchi from Chef 'Big Mama' Hye Jung Lee next Tues. at 11 am!," he added.

A Chinese media outlet claimed that Beijing had won a certification from the International Organization for Standardization (ISO) for its kimchi making process -- a charge immediately refuted by South Korea.

Seoul's agriculture ministry said that Beijing won ISO certification for "pao cai," another type of pickled vegetable consumed in China, which "has nothing to do with kimchi." 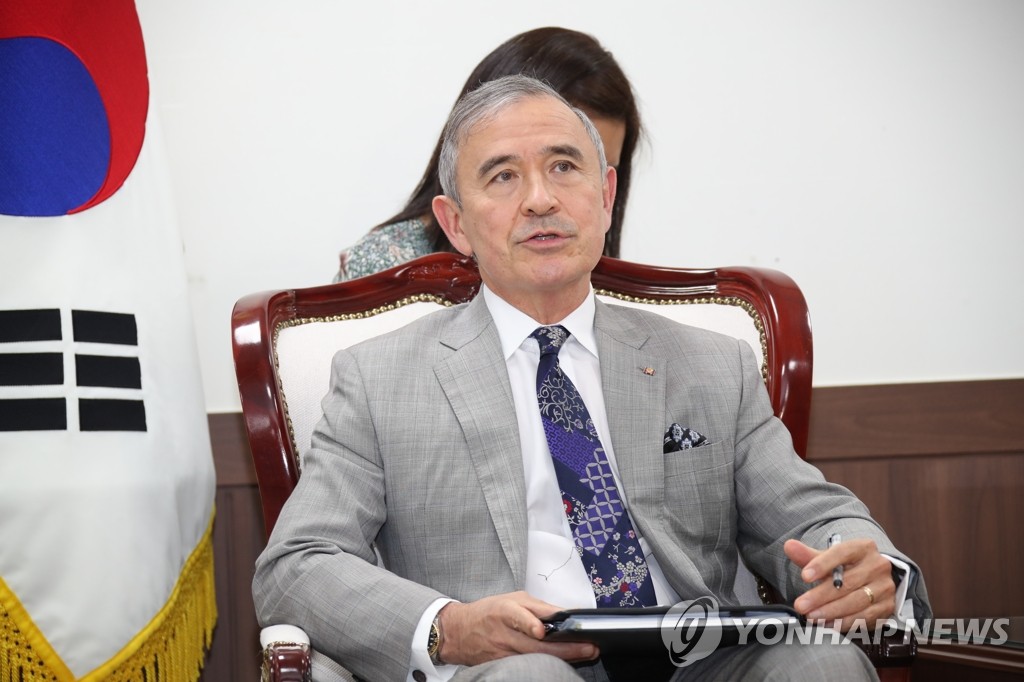