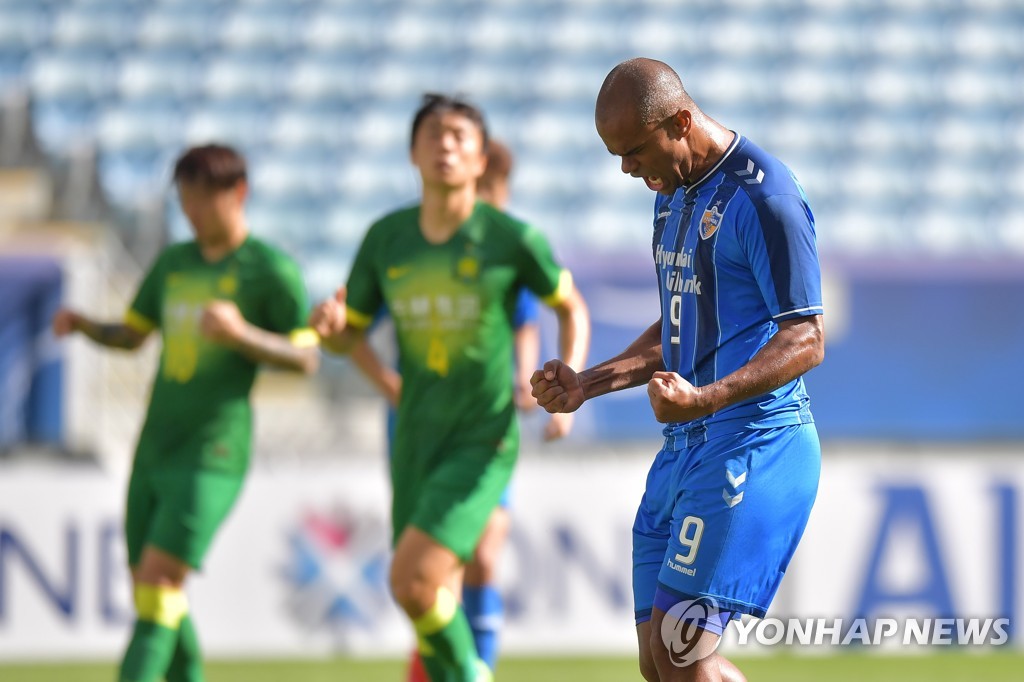 In the 16th minute, Negrao's volley inside the box went off the right hand of Beijing defender Kim Min-jae.

When no violation was immediately called, the VAR alerted the on-field referee, Mohammed Abdulla Hassan, to review the play for a possible handball. Hassan checked his monitor and awarded Ulsan the penalty, while Kim, the Korean-born defender, was shown the yellow card. 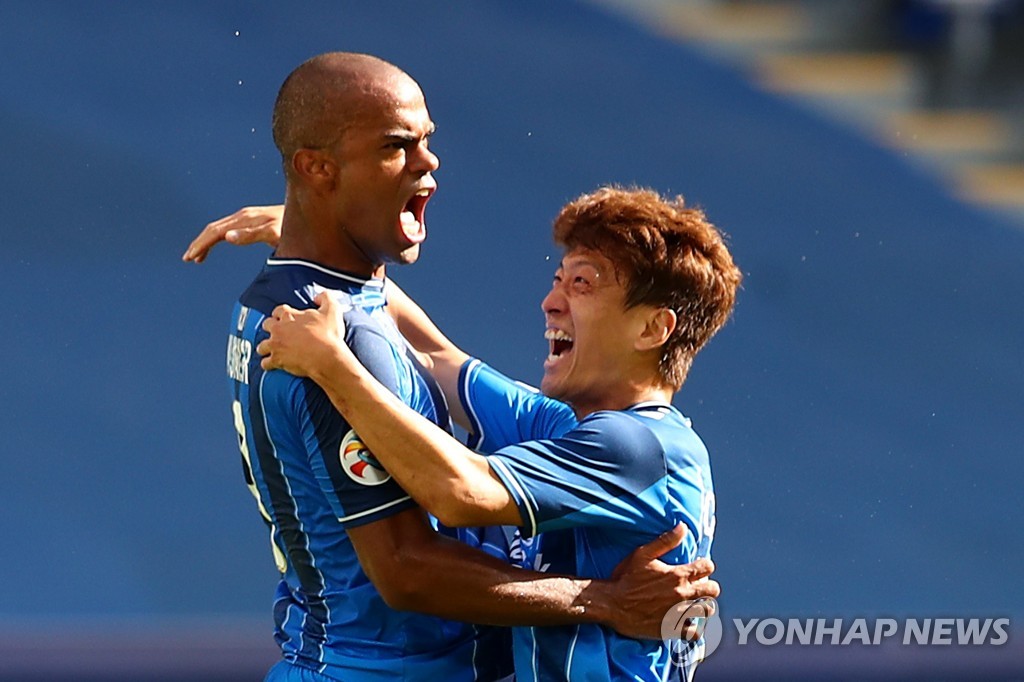 Junior, as he is commonly known, took the spot kick himself and beat goalkeeper Hou Sen to the bottom right corner. 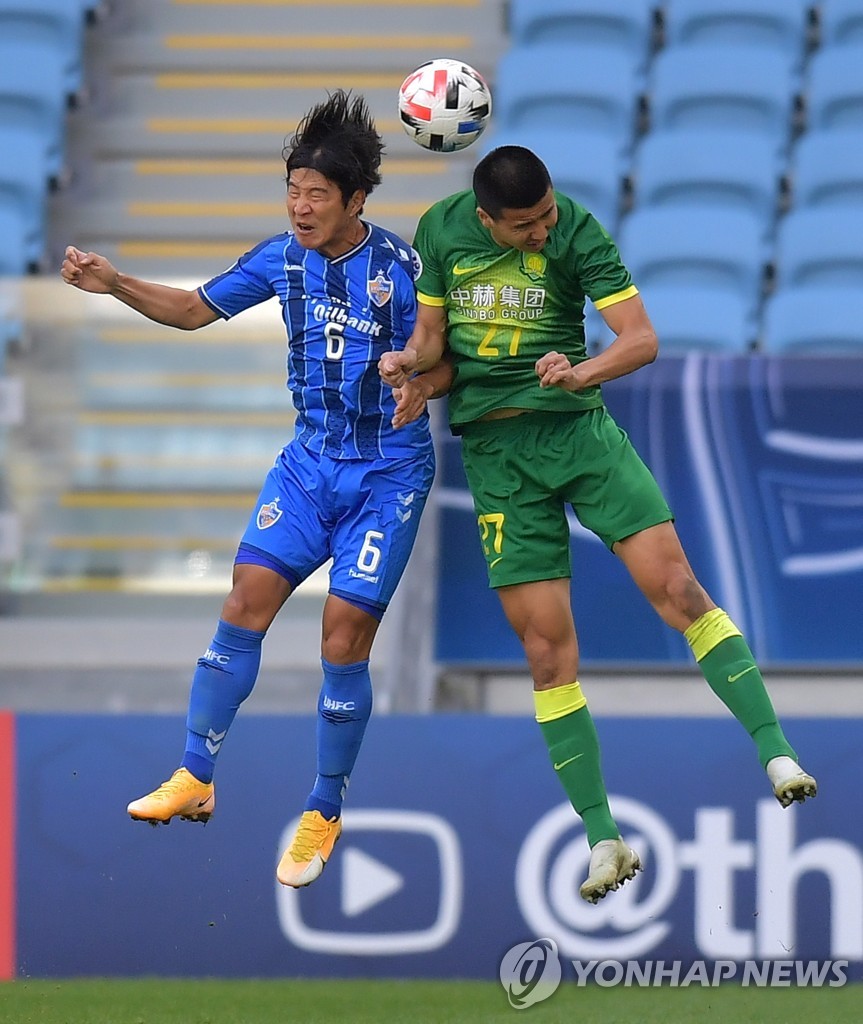 Ulsan head coach Kim Do-hoon thanked his players for their determined effort and said he was proud of the way they battled.

"It's been a long year, and we'll try to win our next two matches (semifinals and final) before we go home," said Kim, whose team finished in second place in both the K League 1 and the Korean FA Cup. "We're not feeling any pressure. I think the players are enjoying this. Even though they're confined to their hotel (due to COVID-19 restrictions), they're trying to keep things light and fun. I think it will lead to good plays on the pitch."

Junior, the offensive hero for Ulsan, said a win such as this can only help with the team's confidence moving forward.

"We went up against some great players today, and the fact that we beat them shows we're competing at a high level," Junior said. "We learned from our shortcomings in the K League and the FA Cup, and we're putting those lessons into practice here. We're trying to put those losses behind us and to make sure we don't make the same mistakes." 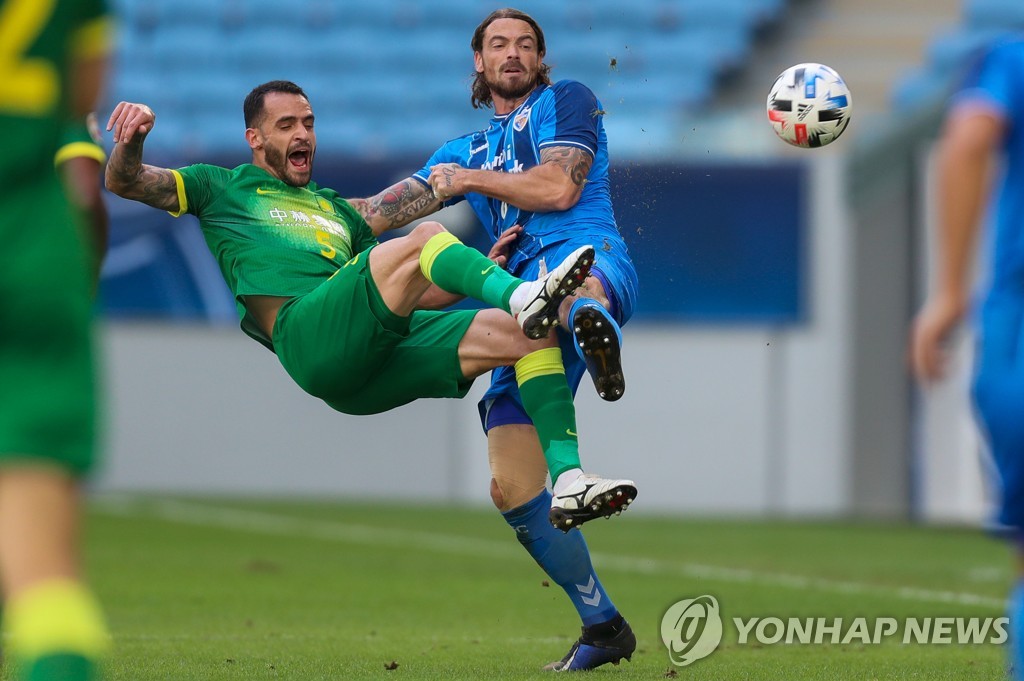 In the day's second quarterfinals match, Suwon opened up a 1-0 lead over Vissel Kobe in the seventh minute when Park Sang-hyeok headed in a Ko Seung-beom cross.

Suwon caught a tough break in the 38th minute when defender Kim Tae-hwan was shown the direct red card for tripping up Daigo Nishi just outside the box.

Kyogo Furuhashi scored the equalizer on the ensuing free kick, with a shot that barely left the ground and rolled underneath a wall of jumping Suwon defenders.

Suwon held their ground in the second half, with Vissel Kobe having trouble capitalizing on their man advantage. Suwon almost took a shocking lead moments before the end of regulation, when Kim Gun-hee was denied by goalkeeper Daiya Maekawa from the center of the box. 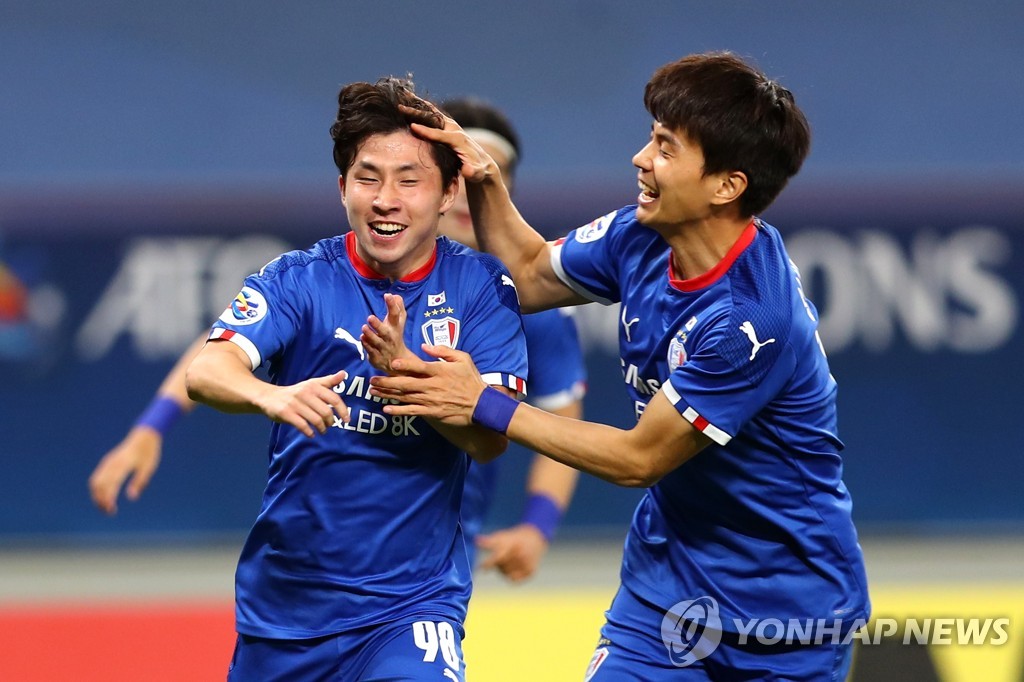 Suwon dodged a few bullets early in the extra period. Four minutes in, Furuhashi's header grazed off the right goal post. Moments later, Furuhashi set up Douglas for a wide-open chance, but the Brazilian forward slipped and didn't get much behind the shot. Defender Yang Sang-min cleared the ball away just before it bounced into the net.

Suwon got a taste of their own medicine in the 26th minute of extra time, when Ko Seung-beom's volley after a rebound hit the left post.

In the penalty shootout, the first six shooters for each side all scored. Then Suwon's seventh kicker, Jang Ho-ik, airmailed his shot to give Vissel Kobe an opening. Noriaki Fujimoto converted his chance to send the Japanese club to the semifinals. 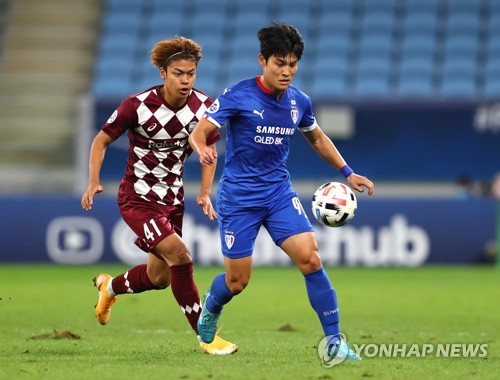 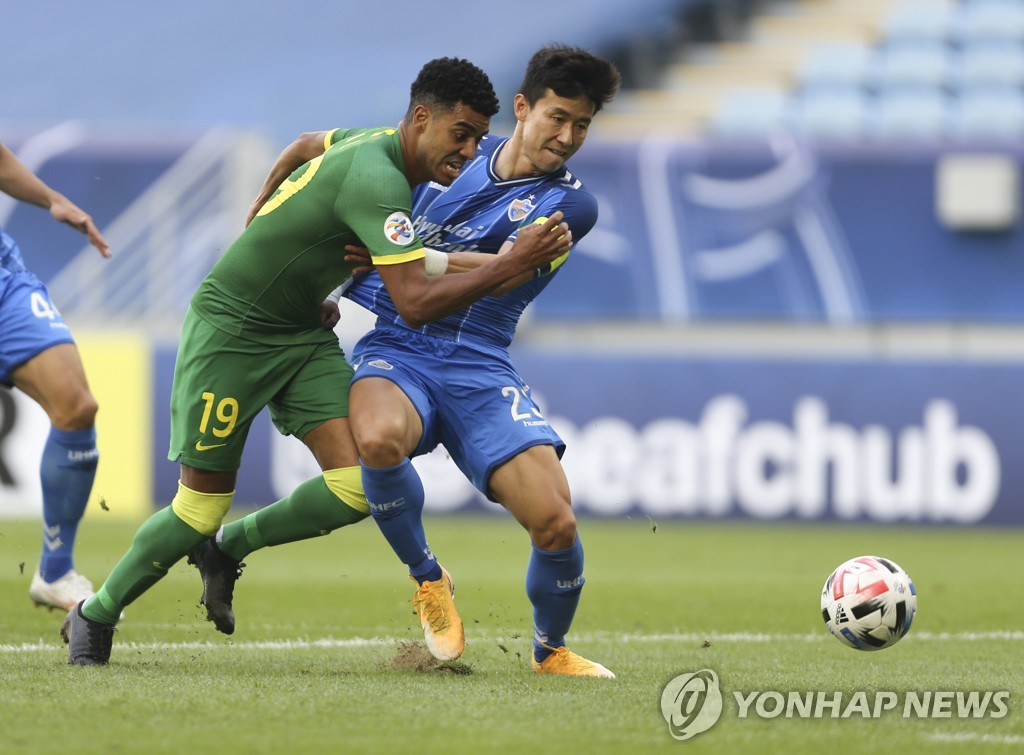