WASHINGTON, Dec. 10 (Yonhap) -- The United States strongly believes its cooperation with South Korea in the Indo-Pacific region will continue to advance regardless of who is in power in either country, a senior U.S. diplomat said Thursday.

Marc Knapper, deputy assistant secretary of state for Korea and Japan, also argued the South Korea-U.S. relationship is no longer a bilateral alliance but a global alliance that helps promote their shared values in the region.

"My government is incredibly optimistic about the U.S.-ROK alliance, and not just where we have been but where we think we can go," Knapper said in an online seminar hosted by the Washington-based think tank, the Atlantic Council.

"And what is important to remember is that what's made this alliance so special is that we share together such widespread, deep and enduring support in both countries across the political spectrum, regardless of administration, regardless of which party is in power," he added. 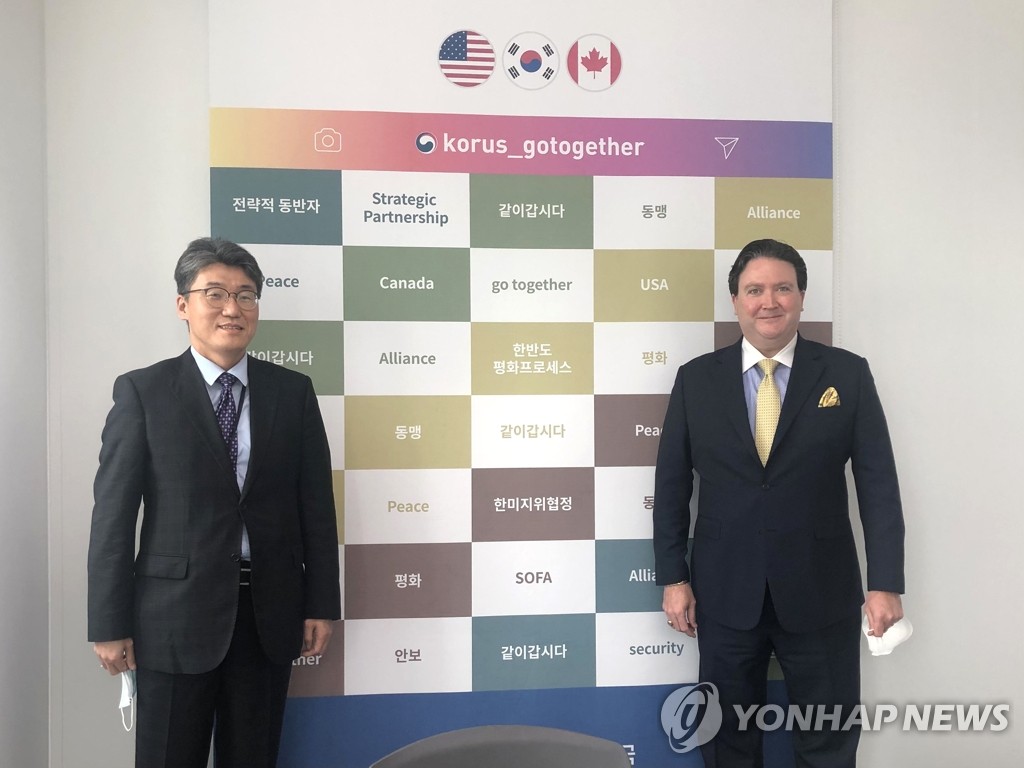 His remark comes about 40 days before U.S. President-elect Joe Biden is set to be inaugurated on Jan. 20.

While pledging to work more closely with U.S. allies, such as South Korea, Biden says he will also promote multilateral cooperation with allies, which many believe may put additional pressure on South Korea to support the so-called U.S. Indo-Pacific strategy.

Knapper highlighted similarities between the U.S. initiative and South Korea's New Southern Policy, stressing the need for the countries to work together in the Indo-Pacific region.

"And we have really just common strategic interests, not just on the peninsula, but throughout the region, throughout the world. And then this global partnership has expanded beyond security ties to include a very vibrant trade and investment relationship, and to include the topic we are discussing today -- our cooperation between the New Southern Policy and the Indo-Pacific strategy," Knapper said.

"I think it's easy to say that we're not just a bilateral relationship anymore. This is a global relationship promoting common objectives in the region, in the Indo-Pacific," he added.

Seoul and Washington held their first dialogue in August to promote collaboration between their two foreign policy initiatives.

South Korea, however, remains cautious not to be seen as a full member of the U.S. strategy.

Under the Indo-Pacific strategy, the U.S. has launched a multilateral forum, known as the Quad, that currently includes Australia, Japan and India, and is openly critical of China.

The U.S. is also pushing to expand the four-nation forum to form the so-called Quad Plus, which it says will help push back Chinese aggressions in the region and throughout the globe.

"The New Southern Policy and our Indo-Pacific strategy share the goal of ensuring peace and stability," Knapper said. "So we are strengthening our bilateral cooperation to support partners in the region to overcome diverse, non-traditional security challenges."

U.S. optimistic about cooperation with S. Korea in Indo-Pacific: Knapper

U.S. optimistic about cooperation with S. Korea in Indo-Pacific: Knapper