Kang also said working with the incumbent U.S. administration of President Donald Trump has been great but challenging. 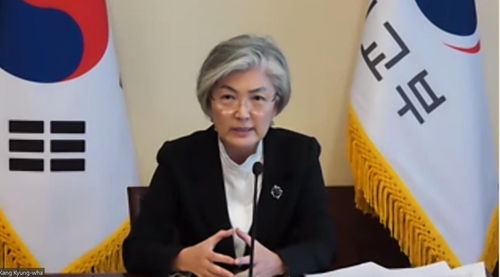 Kang's remarks come about six weeks before U.S. President-elect Joe Biden is set to be inaugurated on Jan. 20.

The top South Korean diplomat said cooperation with the U.S. under Trump may have reached a record high, in terms of volume, but that it has been challenging.

"The Trump administration, I think, in terms of the sheer volume of collaboration has been extraordinarily vast and deep. The unconventionalness of the president and his inner circle may have been a challenge because of the unconventional uniqueness," she told the webinar.

"But I think we were still able to closely consult on alliance issues, such as the SMA," she added, referring to the Special Measures Agreement that partly sets South Korea's share of the cost in maintaining 28,500 U.S. troops on the peninsula.

SMA negotiations have been and continue to be deadlocked due to a wide gap over how much of a burden Seoul should shoulder.

South Korea has offered to increase its burden-sharing by up to 13 percent from the US$870 million it paid under last year's agreement, but the U.S. is said to be demanding a 50 percent hike to $1.3 billion a year.

Biden, in an op-ed piece contributed exclusively to Yonhap News Agency, has said he will not seek to "extort" U.S. allies.

Kang noted renewing the SMA will probably be "one of the first issues that we will have to work on with a new administration."

"But we have always been confident about the appreciation on the side of the U.S. administration for the strategic importance of the alliance that they share with our country ... and we very much hope to have the very close dialogue on how to promote that further, strengthen that with the incoming administration," she said.

When asked to give advice to the new U.S. administration on how to approach North Korea, the top South Korean diplomat insisted the North has not closed doors for dialogue.

"They are willing, if we read their statements accurately and I think we have, they are willing to continue the negotiations. but given that this is perhaps their only leverage, they will want the most out of this going forward, which is sanctions relief," Kang said.

She also highlighted the need for the allies to fully understand what they want and what North Korea wants in terms of denuclearization.

"We don't expect North Korea to do everything all at once. But as long as we have the full picture of where they are in terms of the nuclear development, then we can work and synchronize what they want and what we seek in terms of the concrete steps toward denuclearization," she told the virtual seminar. 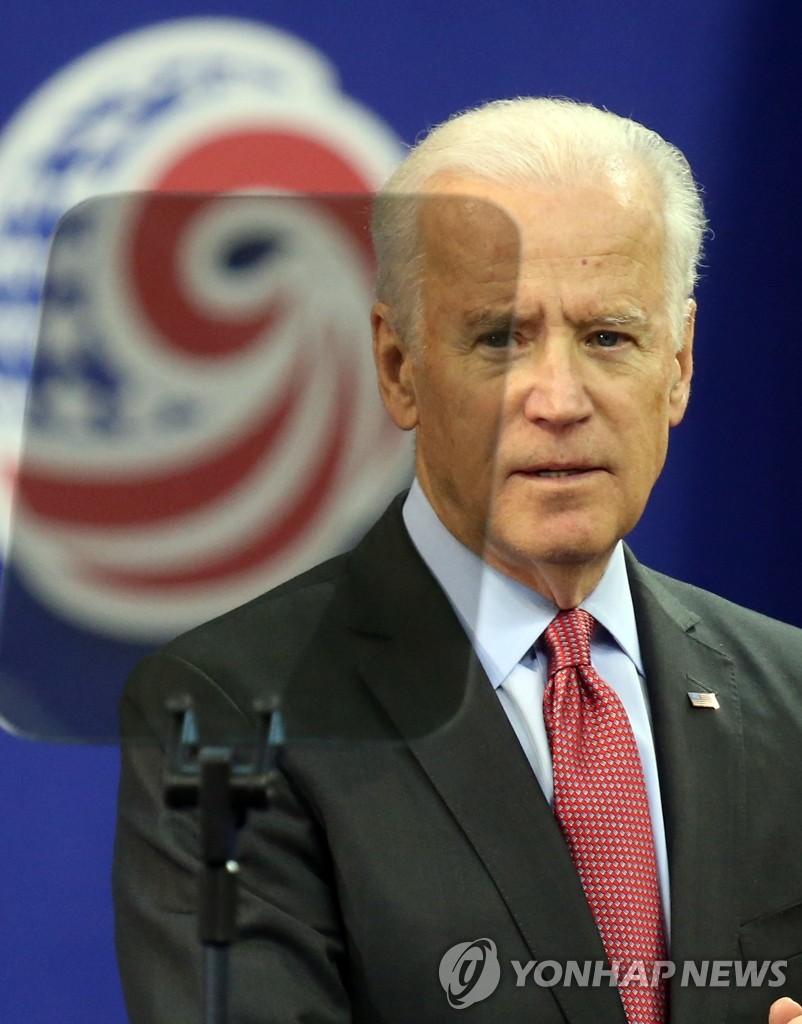 Kang also stressed the importance of joint efforts of South Korea and the United States, as well as China, Japan and Russia to fully denuclearize North Korea but said bilateral talks between Washington and Pyongyang may be more effective, at least in the initial stages of the denuclearization process.

"How to bring that about, going back to that multilateral fora could be entertained at some point," she said, referring to the now defunct six-party denuclearization talks.

"But I think given that what North Korea seeks is what only the United States can give, the critical link there is the U.S. and North Korea," the South Korean minister added.

She stressed the need for the new U.S. administration to express "political will" to bilaterally engage with North Korea.

"Whether the new president-elect personally engages or not, I think clearly there has to be the political will given from his level to those who will be taking on this file in the State Department," Kang said. "The clear demonstration of that political will, I think, would be important in bringing this forward."