"The government will dispatch some 800 military, police and newly hired probational civil servants to areas of the capital region and fully support epidemiological investigations," Chung said during a government meeting of top officials in charge of dealing with the pandemic. 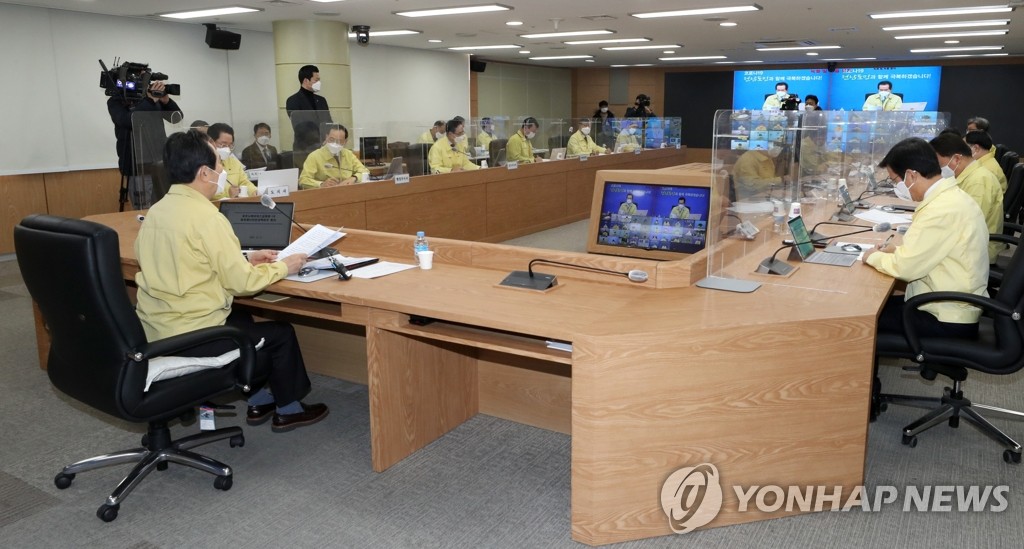 The meeting of the Central Disaster and Safety Countermeasure Headquarters was held at the provincial government office of South Jeolla Province in Muan, 385 kilometers south of Seoul.

Chung's comments came as South Korea on Friday reported 689 new virus cases, of which 512 were reported in the greater Seoul area that covers Seoul, Incheon and Gyeonggi Province.

The prime minister also said that the government will do all it can to control the spread of the virus, with the understanding that the nation's entire virus response system could break down if efforts in the capital area end in failure.

He also asked the public to visit and be tested at 150 makeshift test centers installed throughout the capital area. "It is aimed at cutting off further transmissions and actively seeking out hidden virus carriers," Chung said.

The government recently decided to expand its preemptive tests of young and middle-aged people for the virus even if they don't have any symptoms and have not come in contact with a confirmed patient as they could be a main cause of the current wave of infections due to their brisk activities.

Chung also expressed concerns about some religious establishments preparing for year-end events and gatherings ahead of Christmas and asked such facilities to strictly follow the state-mandated disease control measures.