SEOUL, Dec. 11 (Yonhap) -- South Korea will dispatch a special envoy to Russia next week to commemorate the 30th anniversary of bilateral diplomatic ties and explore ways for the development of their relations, Cheong Wa Dae announced Friday.

Woo Yoon-keun, a former three-term ruling Democratic Party lawmaker, is scheduled to visit Russia on Sunday for a week in his capacity as President Moon Jae-in's special envoy.

Woo, who served as ambassador to Russia from 2017-2019, is scheduled to meet with senior officials of Russia's government and parliament in order to convey the Moon administration's "firm will" to improve Seoul-Moscow ties, Moon's office said.

The two sides plan to discuss how to promote the exchange of high-level visits and consultations, it added. President Vladimir Putin's planned trip here has been delayed due to the COVID-19 outbreak.

"Also (the envoy) will request Russia's constructive role and continued cooperation for the denuclearization of the Korean Peninsula and establishment of permanent peace," Cheong Wa Dae spokesman Kang Min-seok said. 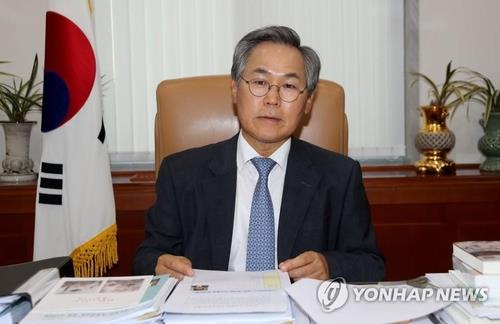 The dispatch of the envoy is expected to help the two nations maintain the momentum of progress in their relations and reaffirm a commitment to strategic communication for regional peace on the occasion of the 30th anniversary of forging formal diplomatic ties in the midst of limited face-to-face diplomatic activities attributable to the COVID-19 pandemic, Kang said.

Woo is said to be among the candidates to become Moon's new chief of staff.