SEOUL, Dec. 12 (Yonhap) -- The recent parliamentary passage of a revision bill paved the way for the imminent launch of a new state investigative organ handling high-profile corruption cases, a symbol of prosecution reform and a major campaign pledge by President Moon Jae-in.

The National Assembly passed the revision bill on the Corruption Investigation Office for High-ranking Officials (CIO) law through its plenary session Thursday, led by the ruling Democratic Party (DP) that commands a majority.

The law revision, aimed at removing the main opposition People Power Party (PPP)'s right to reject the DP's picks for the inaugural CIO chief with a three-year term, will become a catalyst for the belated inauguration of the investigation unit.

Establishing the CIO was one of Moon's major presidential campaign pledges and a key part of his drive to reform the prosecution often accused of yielding excessive power and authority.

A bill on providing a legal guarantee for the CIO was approved by lawmakers a year ago and took effect on July 15, but its launch has been delayed for more than five months as the PPP used its veto power in the process of appointing the CIO chief.

The CIO, if launched as early as January next year as planned by the DP, will become the country's first-ever organization independent from the prosecution service to probe high-profile corruption cases. The idea of creating such a state body was first conceived by a progressive local NGO in 1996 and was adopted by late former liberal President Roh Moo-hyun as one of his presidential campaign pledges in 2002. The liberal Moon government again took it over as a promise in his presidential campaigns in 2012 and 2017.

The CIO will subject corruption cases involving high-level government officials and their families, the president and lawmakers, as well as judges, prosecutors and ranking police officers, to its scrutiny. A total of about 7,000 such high-profile officials, including about 2,000 prosecutors and 3,000 judges, will come under the radar of the CIO.

Under the revision, the committee, entrusted to recommend two CIO chief candidates to the president, needs assent from at least five of its seven members, not six as before, to accomplish its mission. The president will then finally appoint the CIO chief out of the two recommendations.

Sharing the authority to prosecute cases, which has so far been exclusive to the prosecution service, the CIO will be staffed with 25 prosecutors, including its chief, and 40 other investigators.

The scope of its scrutiny will be limited to corruption cases, such as bribery, abuse of power and influence peddling. 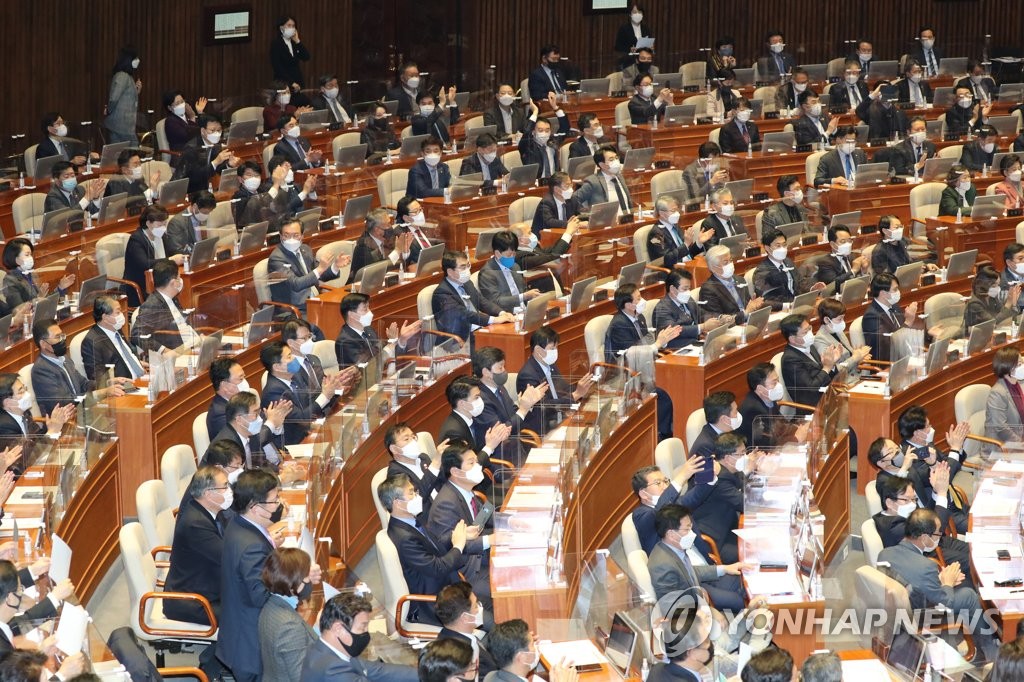 New anti-corruption investigation unit on course to be launched soon

New anti-corruption investigation unit on course to be launched soon