SEOUL, Dec. 11 (Yonhap) -- Overseas inquiries about South Korean movies have been on the rise thanks to the Oscar-winning Korean film "Parasite," the national film archive said during a forum in Seoul.

The Korean Film Archive (KFA) has produced DVDs of major Korean films, ranging from the early years of the 1950s to the present, every year since 2012 and distributed them to overseas research institutions for Korean studies, cultural centers, Korean language institutes and university libraries as part of efforts to promote Korean cinema.

During the Global Korea Convention 2020 forum on Thursday, the KFA said the popularity of its DVDs has been gaining ground throughout this year on the back of the unprecedented success of "Parasite," which won four prizes, including Best Picture, at this year's Academy Awards.

The international forum kicked off in Seoul on Wednesday for a three-day run to share South Korea's achievements in global cooperation and explore its future roles and challenges.

"We receive up to 200 thank-you letters and emails every year," an official from the KFA said. "Some asked us to send more DVDs and others said they wanted to see recent releases."

For this year, under the theme of "Films and the Korean War," the KFA sent DVDs of movies, like the romance "Free Frontline" (1955) and the war drama "To the Starry Island" (1993) directed by Lee Chang-dong, to 641 entities in 100 countries around the world.

The selected movies on DVD are subtitled in seven languages, including English, French and Spanish, to help foreign people enjoy the films well.

The 1956 melodrama "Madame Freedom" and the 1936 drama "Sweet Dream" were some of the favorites of overseas fans, the KFA official added. 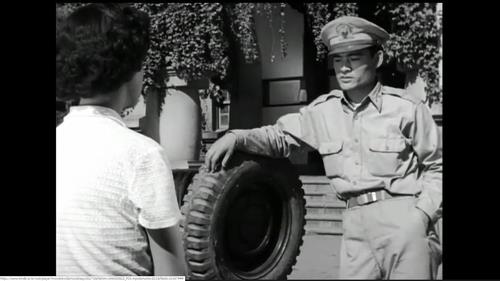 At the same time, rising interest in Korean movies and culture has also led to an increase in demand for Korean-language lessons across the world.

The total number of state-run King Sejong Institutes reached 213 this year, topping the 200 mark for the first time since its first launch in 2007.

Of the 30, 15 nations, including Jordan, Slovakia, Ukraine and Madagascar, had their first King Sejong Institutes, officially funded by the Seoul government, christened.