SEOUL, Dec. 11 (Yonhap) -- South Korean households reduced spending on semi-durable goods, such as clothes and shoes, by the most among consumer goods during the new coronavirus outbreak, showing a similar pattern as during the 1997-98 Asian financial crisis, a report showed Friday.

Households' consumption contracted 6.5 percent on-year in the first quarter of the year, when the country was gripped by the first wave of the pandemic, according to the report by Statistics Korea.

Amid the pandemic, Korean households' purchases of clothes and shoes declined the most. 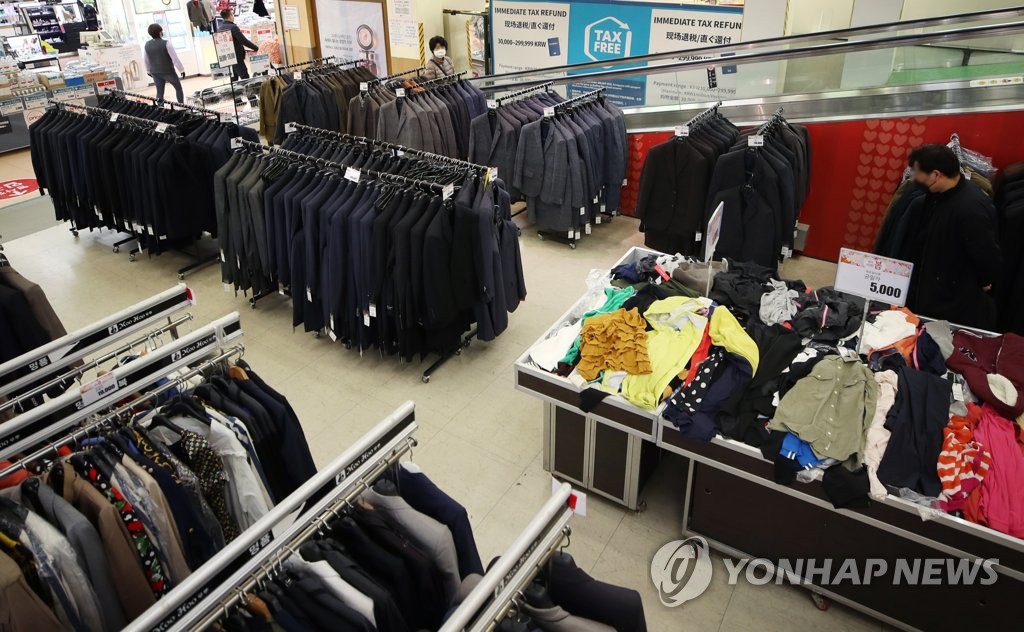 The bottom 20 percent income bracket and temporary employees or day laborers curtailed consumption of clothing and shoes more than anything else this year. But the top 20 percent income group and permanent workers reduced the use of private education services more.

Meanwhile, Korean households' disposable income grew 3.7 percent on-year in the first quarter of this year due largely to an increase in income by the top 20 percent income bracket and permanent workers.

The report said the pandemic dealt a severe blow to the face-to-face service segments, including the wholesale and retail industry, accomodation and food services and education service providers.

This is different from the situation during the 1997-98 Asian financial crisis and the 2008 global financial turmoil, when the manufacturing and construction industries took the biggest beating.

During the previous crises, education services were not affected until households felt severe economic pinch, but the COVID-19 pandemic had an immediate and grave impact on the segment, the report said.

Households reduce consumption of clothes, shoes the most during pandemic

Households reduce consumption of clothes, shoes the most during pandemic