During a virtual joint committee session of the Status of Forces Agreement (SOFA), Seoul and Washington agreed on the return of the sites, but failed to bridge differences on who and how to shoulder environmental cleanup costs, Seoul officials said.

But the two sides agreed to continue consultations on decontamination procedures, base management criteria and other outstanding issues going forward, they said.

The other returned sites are the Camp Walker heliport in the southeastern city of Daegu; Camp Jackson and Camp Mobile in the northern cities of Uijeongbu and Dongducheon, respectively; a golf course in Hanam, south of Seoul; a Marine contingent site in the southern port city of Pohang; and a shooting range in the eastern city of Taebaek. 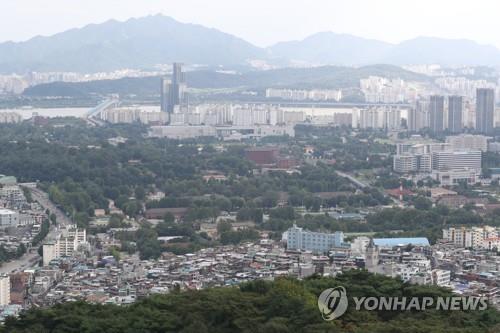 Talks about the return date back to 2003, but South Korea and the U.S. have made little progress amid disagreements over decontamination procedures, base realignment considerations and other complicated issues.

The current Moon Jae-in administration has been pushing for their swift return amid residents' worries that a further delay could complicate decontamination efforts for already vacated bases and regional development prospects.

"The two sides shared the understanding that if the return of the bases is delayed, local communities will face greater economic and social difficulties," the government said in a statement.

"We agreed to manage and resolve diverse pending issues related to SOFA so as to contribute to the Korea-U.S. alliance," it added.

After the handover, South Korea will first carry out the decontamination process and then implement its planned projects.

It is reviewing building public homes at the Camp Kim site, and relocating the National Medical Center in Seoul to the vacated site of the U.S. Army Corp of Engineers, according to the officials. 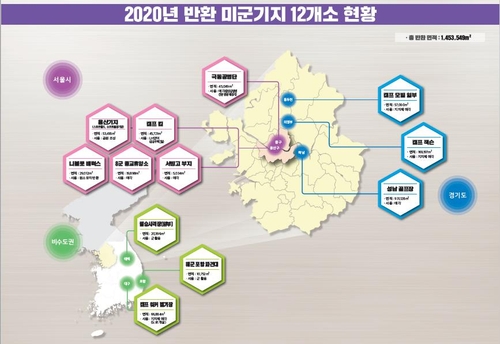