SEOUL, Dec. 11 (Yonhap) -- President Moon Jae-in said Friday that the government will supply "enough" public rental homes, with the goal of providing 2.4 million homes by 2025 as a public outcry has been mounting over soaring home prices and rental costs.

He made the remarks during an on-site inspection of a major public rental housing complex south of Seoul.

Cheong Wa Dae described it as meant to demonstrate the government's policy commitment to improving the public-sector supply of such rental homes in both quantity and quality.

"(The government) will provide enough public rental houses," he said during the visit to the compound in Dongtan, Gyeonggi Province, where the one-millionth public rental housing unit built by the Korea Land & Housing Corp. (LH) is located. 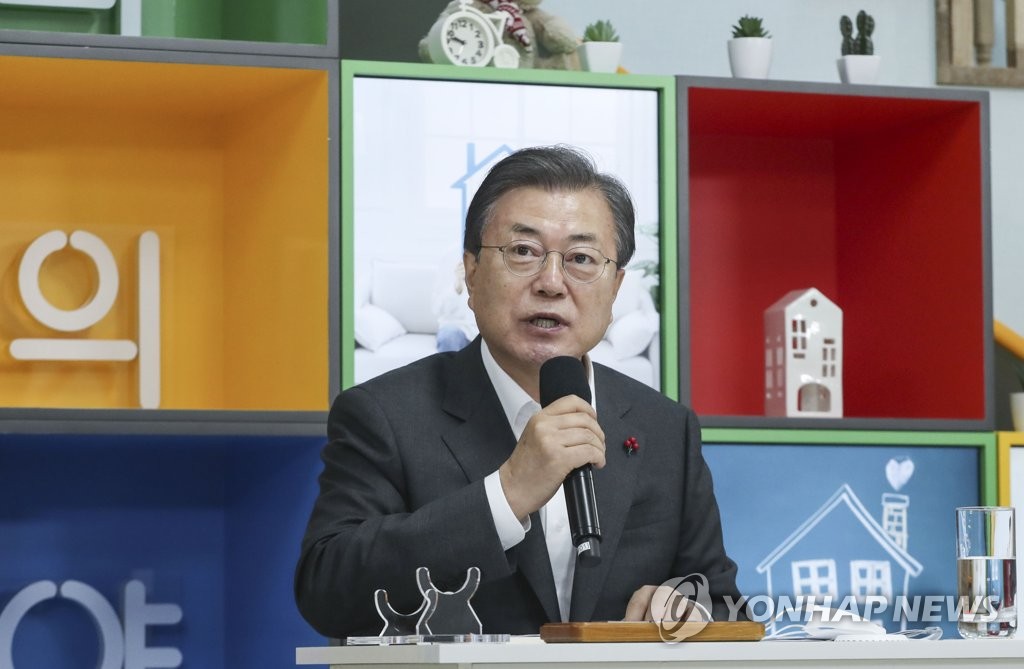 South Korea is projected to have around 1.7 million home units of its kind by the end of this year, 8 percent of the total number of houses nationwide reaching the average level of the Organization for Economic Co-operation and Development (OECD) members, according to the government.

"But it's not sufficient yet," Moon pointed out. He stated that the government plans to open the era of 2 million public rental homes in 2022 and 2.4 million in 2025.

Moon also stressed the importance of providing "houses in which everyone would like to reside."

"Second, (the government) will achieve innovation in quality," he said, as he was accompanied by related officials, including Land Minister Kim Hyun-mee and Byeon Chang-heum, the CEO of LH who has been tapped as Kim's replacement. 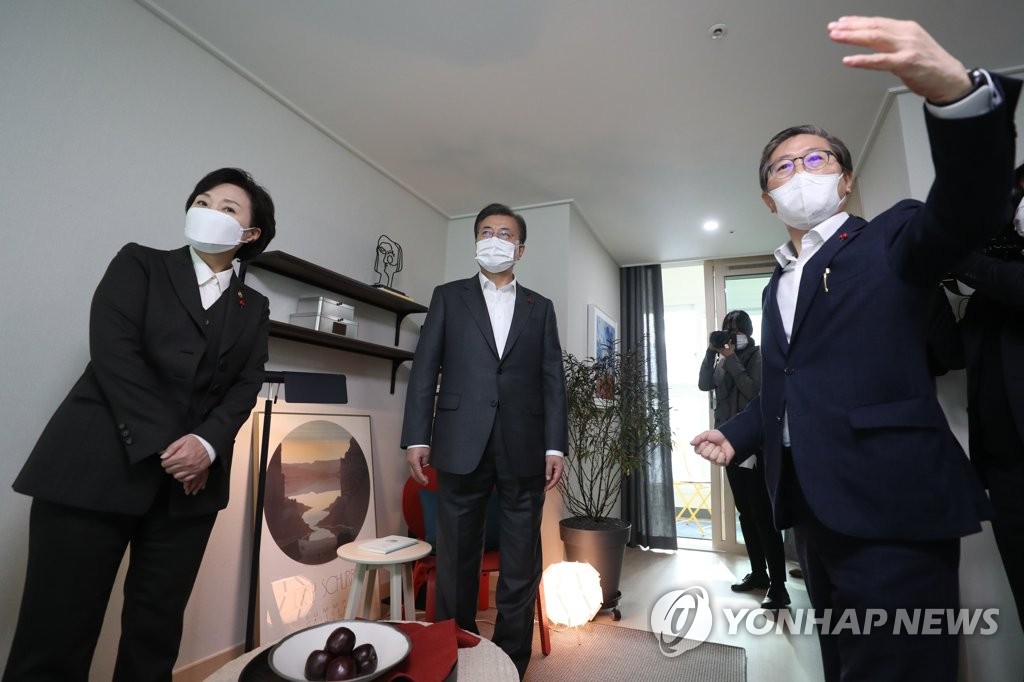 The president vowed efforts for the supply of houses coveted by ordinary people, including the construction by 2025 of 63,000 units of midsized apartments for families with two kids or more.

The prices of homes, as well as rent and down payments, called "jeonse" here, have sharply risen in many regions of the country over the past several years. Those for apartments, especially in Seoul and nearby towns, have skyrocketed, in particular.

Critics of the liberal Moon administration's real estate policy called for the easing of regulations on reconstruction and redevelopment projects led by the private sector to resolve the chronic problem of housing shortages in major cities.