SEOUL, Dec. 11 (Yonhap) -- The dismantling of North Korea's Yongbyon nuclear complex should not be underestimated in the denuclearization process, an American nuclear expert said Friday.

Siegfried Hecker, known for his 2010 visit to the Yongbyon complex, made the remarks during a video conference with Unification Minister Lee In-young and Moon Chung-in, special foreign policy adviser to President Moon Jae-in, also stressing the need for a "flexible approach" in dealing with the North, including sanctions relief.

North Korea offered to give up the Yongbyon nuclear complex during a summit with the United States in early 2019 in exchange for sanctions relief but the meeting broke down as Washington demanded more than that.

"Hecker stressed that the implication of Yongbyon should not be underestimated in the North Korean denuclearization process," the ministry said in a press release following the conference.

The Yongbyon complex is the North's main nuclear facility. The 5-megawatt reactor at the complex has been the main source of weapons-grade plutonium for the North, though some critics have discounted Pyongyang's offer to close the site, saying the facilities there are too old.

He also called on a "flexible approach" to sanctions relief, saying that past nuclear talks with Pyongyang indicate that pressuring the North solely with sanctions has its limitations.

Hecker is considered a top expert on North Korea's nuclear program. He is known for having had a firsthand look at North Korea's uranium-enrichment facility during his 2010 visit to the Yongbyon complex.

He also highlighted the role of the two Koreas in building peace on the Korean Peninsula and called for inter-Korean cooperation, along with a diplomatic approach, in the long process of denuclearization.

Meanwhile, Minister Lee vowed to make all efforts toward achieving lasting peace and denuclearization in the peninsula. Moon called on Washington and Seoul to cooperate closely to bring about a "positive result" during the incoming Joe Biden administration. 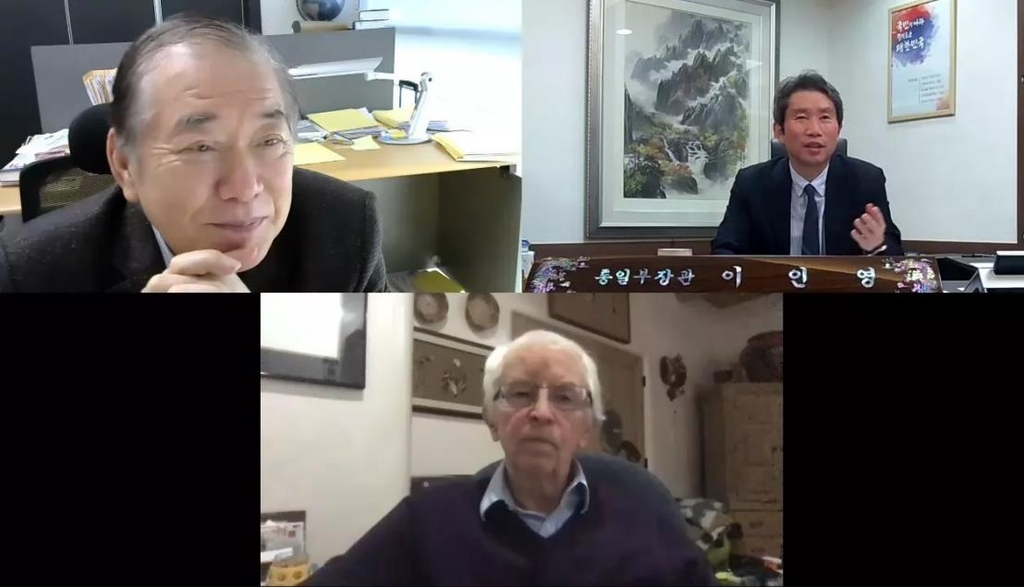 Dismantlement of Yongbyon complex should not be underrated: U.S. expert

Dismantlement of Yongbyon complex should not be underrated: U.S. expert