The remix version, released at 2 p.m., shows the band singing in front of a Christmas tree holding selfie sticks. The jolly ambience and Christmas bells in the background heighten the festive mood.

"The BTS digital single 'Dynamite' made history throughout the second half of 2020 thanks to the incredible affection and support shown from all fans," Big Hit Entertainment, the band's agency, said in an announcement on the fan platform Weverse.

"To return some of the amazing love you have shown us, we've prepared a special 'Dynamite' remix version," it said.

"Dynamite," released on Aug. 21, earned the seven-piece band its first career No. 1 on Billboard's main singles chart. It also led to the band being nominated for Best Pop Duo/Group Performance at the upcoming Grammy Awards.

BTS is set to perform at an online year-end concert featuring artists from Big Hit's labels on Dec. 31. 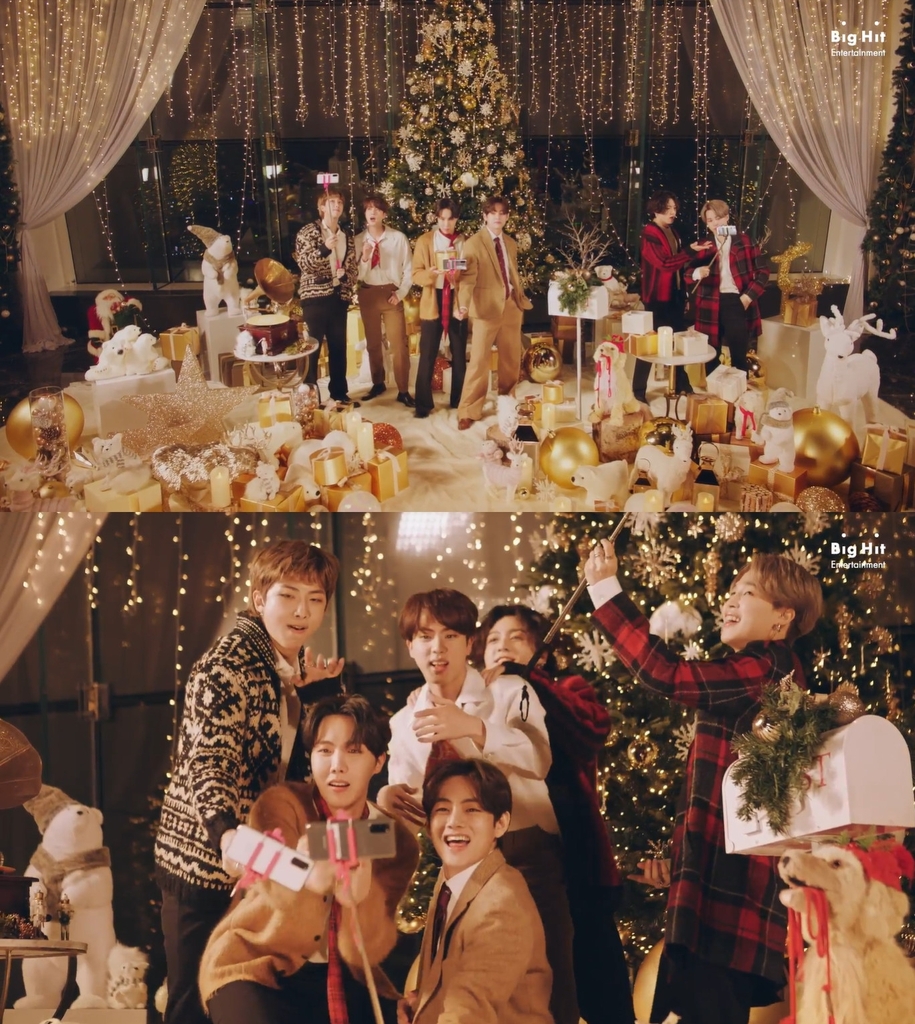