SEOUL, Dec. 11 (Yonhap) -- A Seoul court on Friday ordered the dismissal of a lawsuit brought by local environmental groups and citizens to claim compensation from the governments in Seoul and Beijing over the annual fine dust outbreaks here.

A group of 90 South Koreans angry with the persistent fine dust pollution at home -- including Choi Yeol, chief director of the Korea Green Foundation; former agriculture minister Kim Sung-hoon; and lawyer Ahn Kyeong-jae -- launched litigation against the South Korean and Chinese governments in May 2017, demanding compensation of 3 million won (US$2,750) per plaintiff.

The plaintiffs accused Beijing of failing to fulfill its duty to manage pollutants and Seoul of neglecting its duty to identify the cause of fine dust and protect the people's right to pursue safety and happiness.

But the Seoul Central District Court dismissed the plaintiffs' compensation claim against the South Korean government, while rejecting a similar claim against the Chinese government. Rejection refers to a decision made when a lawsuit or claim is inappropriate or does not meet legal requirements. 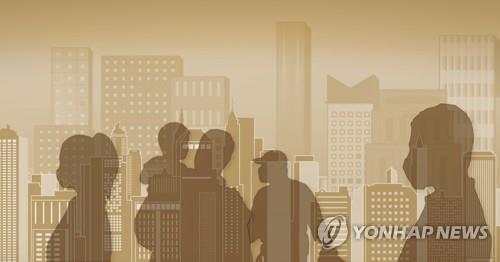 The court said it is difficult to conclude that the Korean government has violated laws to protect individual citizens, even if they have suffered mental pain from fine dust that does not meet environmental standards. The government has insisted in court hearings that it has made efforts to identify the cause of fine dust pollution and devise countermeasures and that the plaintiffs' claims and proof of damage are not specific.

The court also said it has rejected the compensation claim against the Chinese government because it doesn't have jurisdiction over the neighboring country.