SEOUL, Dec. 11 (Yonhap) -- U.S. Forces Korea (USFK) said Friday it will strengthen anti-coronavirus restrictions for its personnel in the greater Seoul area following a resurgence in the number of virus cases in the country.

Effective 6 p.m. Saturday, the U.S. military will heighten the Health Protection Condition (HPCON) by one notch to Charlie for Area II that encompasses Seoul, the surrounding Gyeonggi Province and the western city of Incheon, until further notice.

Under the tightened rules, "only mission essential individuals will report for duty with all others conducting telework," while visits to adults-only installations, such as bars, and eat-in dining, are restricted, it said.

Travel within Area II is limited to official and necessary duties only for all USFK-affiliated personnel, until further notice.

"All USFK-affiliated individuals are reminded to adhere to all USFK core tenets, HPCON measures and ROK government and local directives to protect yourself, your bubble and others from COVID-19," it said in a release. ROK is the acronym for South Korea's official name, the Republic of Korea. 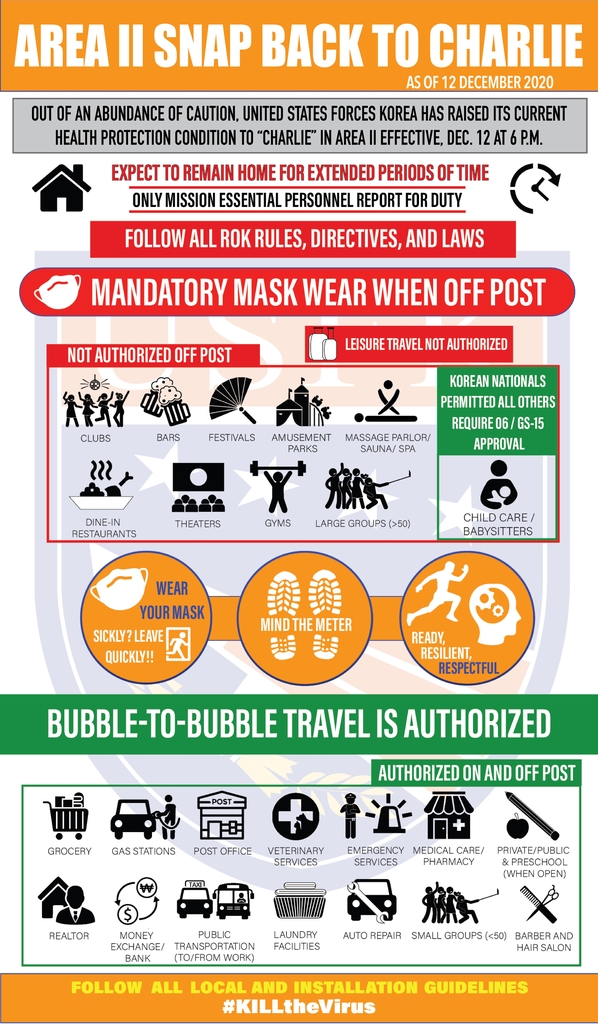