"During his meetings with senior ROK officials in Seoul, Deputy Secretary Biegun expressed appreciation for the ROK's continued partnership in COVID-19 response, discussed how to ensure the U.S.-ROK alliance is prepared to face the challenges of the next 70 years," the department said in a press release.

Biegun also "reaffirmed our commitment to continued coordination with the ROK to achieve the complete denuclearization of North Korea," it added.

The statement came at the end of Biegun's trip to Seoul, where he met with his South Korean counterparts, including First Vice Foreign Minister Choi Jong-kun. 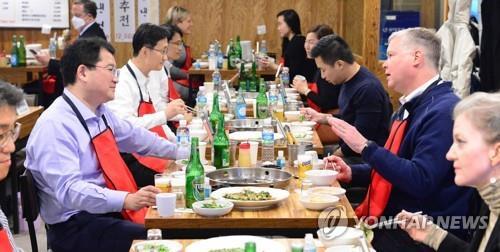