Until Sunday, all poultry farms and livestock production facilities, including their vehicles and personnel, will be subject to the movement ban, with disinfection work to be carried out during the period, authorities said.

The country has been reporting highly contagious avian influenza cases from local farms nationwide, including the provinces of South and North Jeolla, Gyeonggi, North Chungcheong and North Gyeongsang.

On Friday, South Korea confirmed two more cases of the bird flu, raising the total caseload of this season to 10.

The country reported its first highly pathogenic case in 32 months in late October in Cheonan, about 90 kilometers south of Seoul, from wild birds. 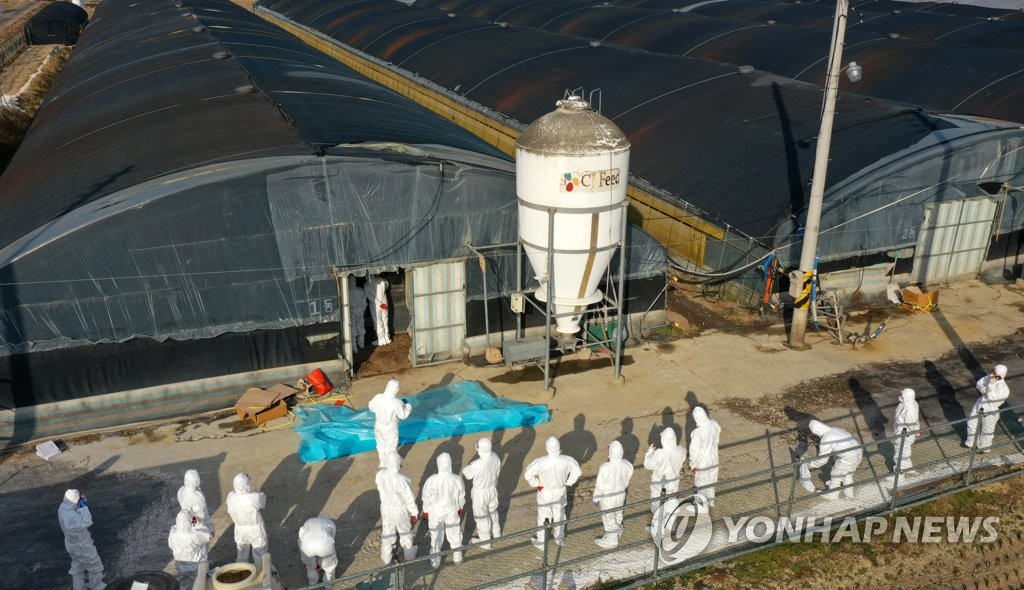