Yoo discussed pending trade issues with Katherine Tai, the chief trade counsel for the U.S. House of Representatives' Ways and Means Committee, during her four-day trip that ended on Friday, the Ministry of Trade, Industry and Energy said, without elaborating.

The meeting came before media reports that Biden nominated Tai, a China trade expert, to the top U.S. trade post. 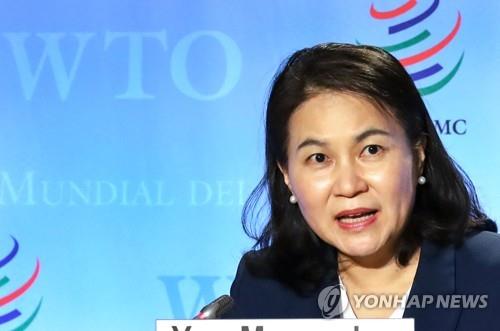 Tai, if confirmed by the U.S. Senate, would lead the U.S. Trade Representative's office at a time of growing trade tensions with China.

Yoo also met with outgoing U.S. Trade Representative Robert Lighthizer as well as Stephanie Murphy, a congresswoman and member of the House Ways and Means Committee, and John Hamre, president and CEO of the Center for Strategic and International Studies, a Washington-based think tank, according to the ministry.