SEOUL, Dec. 12 (Yonhap) -- The ruling Democratic Party (DP) took steps to end an ongoing filibuster on Saturday, saying lawmakers should turn their focus to fighting the spread of the novel coronavirus.

A senior DP member said the party will submit a mottion to halt the filibuster once the plenary session begins at 8 p.m. The motion will be put to a vote 24 hours later.

The ruling party has gathered some 100 signatures from its own legislators and members of other parties in the pan-ruling bloc, the DP member added. 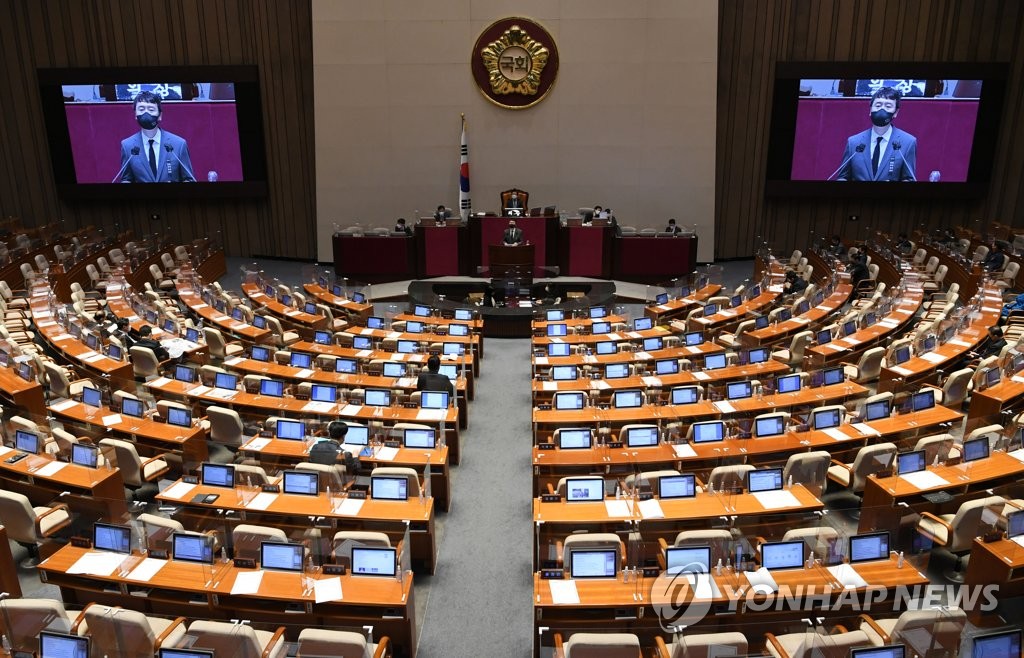 For the filibuster to be stopped in a vote, support from at least 180, or 3/5 of all lawmakers at the National Assembly, is required.

The main opposition People Power Party (PPP) launched the parliamentary delay tactic on Thursday to stop a bill to revise the National Intelligence Service (NIS) law from passing through the National Assembly, where the DP commands a majority.

The bill primarily aims at transferring the state spy agency's authority to conduct anti-communist investigations to the police.

Earlier Saturday, another DP official questioned if it was appropriate for lawmakers to engage in "time-consuming" filibuster when the country just reported a record 950 new COVID-19 cases, with no end to the spike in sight.

"We think it's time for the National Assembly to focus on controlling the spread of the virus and on looking after our constituents," the official said. "Over the past two days, opposition lawmakers have gone off topic. We feel that they've already gotten their point across."

The PPP and another opposition party, Justice Party, didn't immediately respond to the DP's call to end the filibuster.