SEOUL, Dec. 13 (Yonhap) -- Seoul received the first measurable snowfall of the season on Sunday as the state weather agency issued a heavy snow advisory for the metropolitan area and other parts of the country.

According to the Korea Meteorological Administration (KMA), Seoul received about 0.8 centimeters of snow as of 6 a.m. and is expected to receive up to 7 centimeters later in the day.

KMA issued the advisory for Seoul and parts of the Gyeonggi Province, as well as for the eastern province of Gangwon. The advisory is issued for snowfalls expected to exceed 5 centimeters in 24 hours.

The weather agency forecast temperatures to fall to minus 10 C on Monday morning in parts of the provinces, including eastern Gyeonggi, North Chungcheong, North Gyeongsang and Gangwon, with temperatures dropping below minus 5 C in most areas of the country.

KMA is also likely to issue a cold snap alert for parts of the greater Seoul area, Gangwon Province and the central part of the country, as it forecast temperatures to fall to minus 12 C. 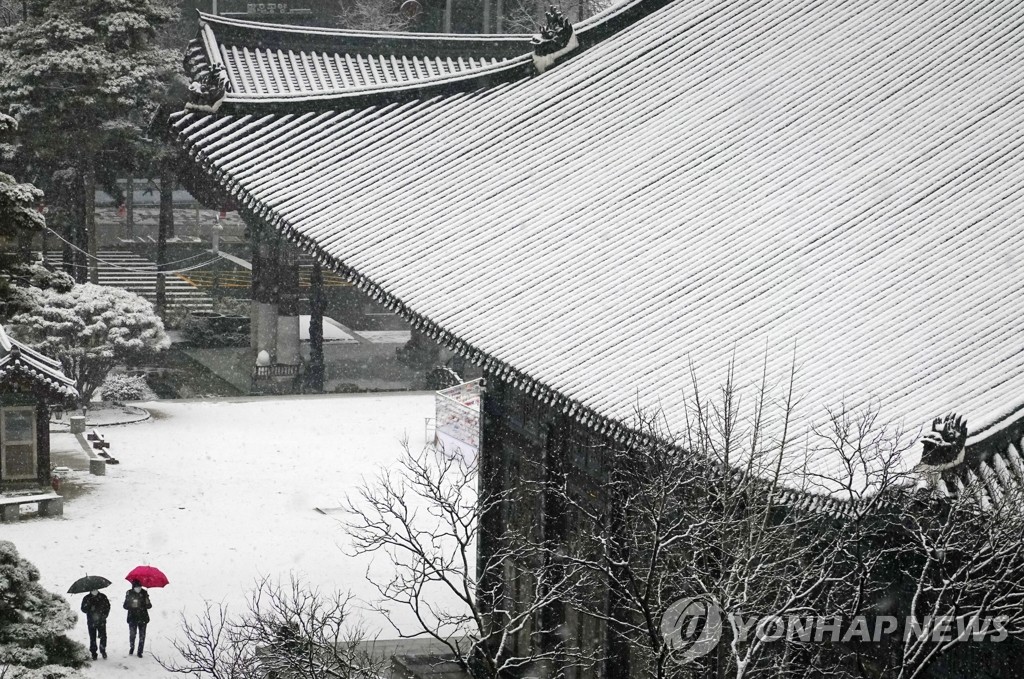